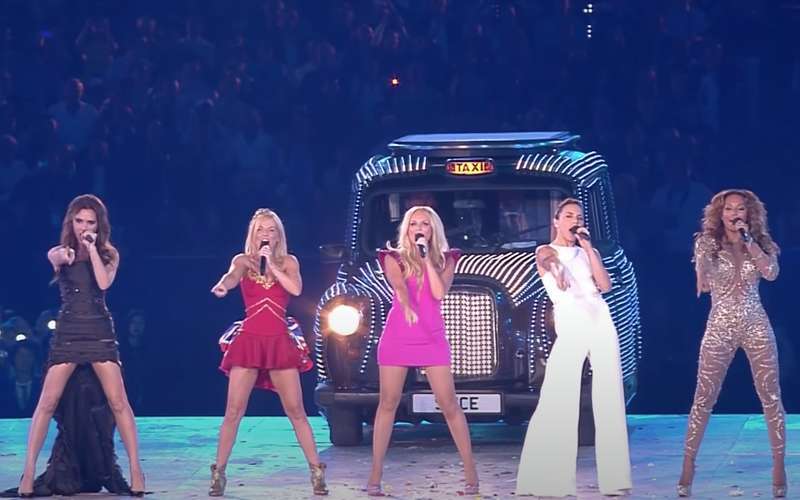 Mel C has reignited the Rumour Mill once again on the possibility of the Spice Girls playing at Glastonbury Festival.

As well as drawing a big crowd when she DJ’d, Mel C also joined Blossoms on the Other Stage last Thursday (24 June), at the same Worthy Farm-held event, to cover the Spice Girls‘ ‘Spice Up Your Life’. As seen in the footage below.

Blossoms have just been joined by a very special guest to play Spice Up Your Life.

This is Mel C’s #Glastonbury and we’re just living in it. pic.twitter.com/m1xsLGPfEy

Following her performance at Glastonbury, Mel C told entertainment correspondent Colin Paterson, on BBC Breakfast, that playing on the Sunday afternoon Legends’ Slot with the Spice Girls in the future would be “the absolute dream” – and that Victoria Beckham might even rejoin them if they did. Watch a portion of the interview below.

The Spice Girls Glasto rumour has been doing the rounds for quite some time and appears to be gaining some traction once again now that the 2022 instalment of the Festival is over and all eyes look ahead to 2023.

‘It’s the dream, we would love to do it.’
Could the Spice Girls one day perform at #Glastonbury?
Mel C spoke exclusively to #BBCBreakfast @ColinGPatersonhttps://t.co/D28m9YwjYR pic.twitter.com/dempfNmSpZ

The first wave of Glastonbury 2023 tickets traditionally go on sale in October, which is then usually followed by a resale of any unpaid or cancelled tickets sometime in the Spring (March/April).