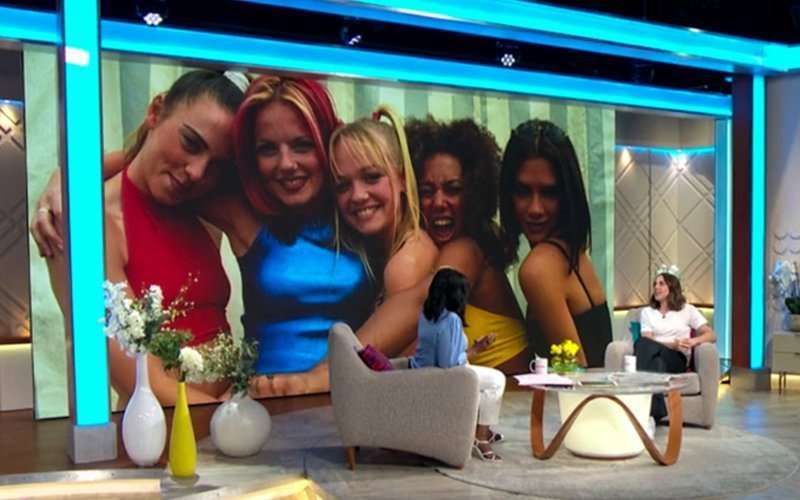 Spice Girls‘ Mel C has reignited the rumour mill once again on the possibility of the British pop girl group playing at Glastonbury Festival.

Appearing on ITV’s Lorraine earlier this morning (Wednesday, July 21), the Sporty Spice said Posh Spice has admitted she might rejoin the Spice Girls if a slot is secured for when the Worthy Farm-held event finally returns next year [2022].

When asked by host Ranvir Singh if she would be appearing on the legends slot at the Melanie C replied: “That would be the dream, we’d love to do it…”

Host Ranvir then asked if all five members of the girl group would play the Festival together, to which Mel C replied: “I know Mrs Beckham would love to do it…” Adding I know it’s been rumoured a lot, it’s never been seriously talked about – but we do constantly talk about getting back on stage […] I’m not saying it’s going to happen, but we’d love to”.

You can watch Mel C full interview on ITV here – they start talking about Glastonbury from the 42:40 time-stamp.

The Spice Girls Glasto rumour has been doing the rounds for quite some time, as the girl group recently celebrated 25 years since their hit Wannabe was released and reunited in 2019 for a number of shows in the UK.

Win a DJ slot at this year’s Glastonbury Festival

That being said, in addition to constant rumours – there are also many artists who ‘self-confirm’ prior to the official announcements, by divulging the news during interviews, via social media or website listings.

You can view our constantly updated list of all the latest line-up rumours here.