One of Glastonbury Festival’s many hidden gems…

Glastonbury’s hidden gem, Strummerville, has unveiled its 2022 line-up poster for this year’s Festival.

Announcing the news via their official Twitter account this afternoon (Tuesday, 31st May) at 3:23 PM, Strummerville officials said: “Let’s go Glastonbury! Delighted to announce our full line-up for this year’s return to the fields!”

Some of the names featured on the poster (seen below) include Mereki, Jesse Dayton, Jesse Malin, Tom Bright, Don Letts, Andy Bell and many more.

The announcement came just one day after the full Glastonbury 2022 line-up with set times was revealed on the 30th of May, which includes 7 TBA slots still to be revealed specifically for the Strummerville area. 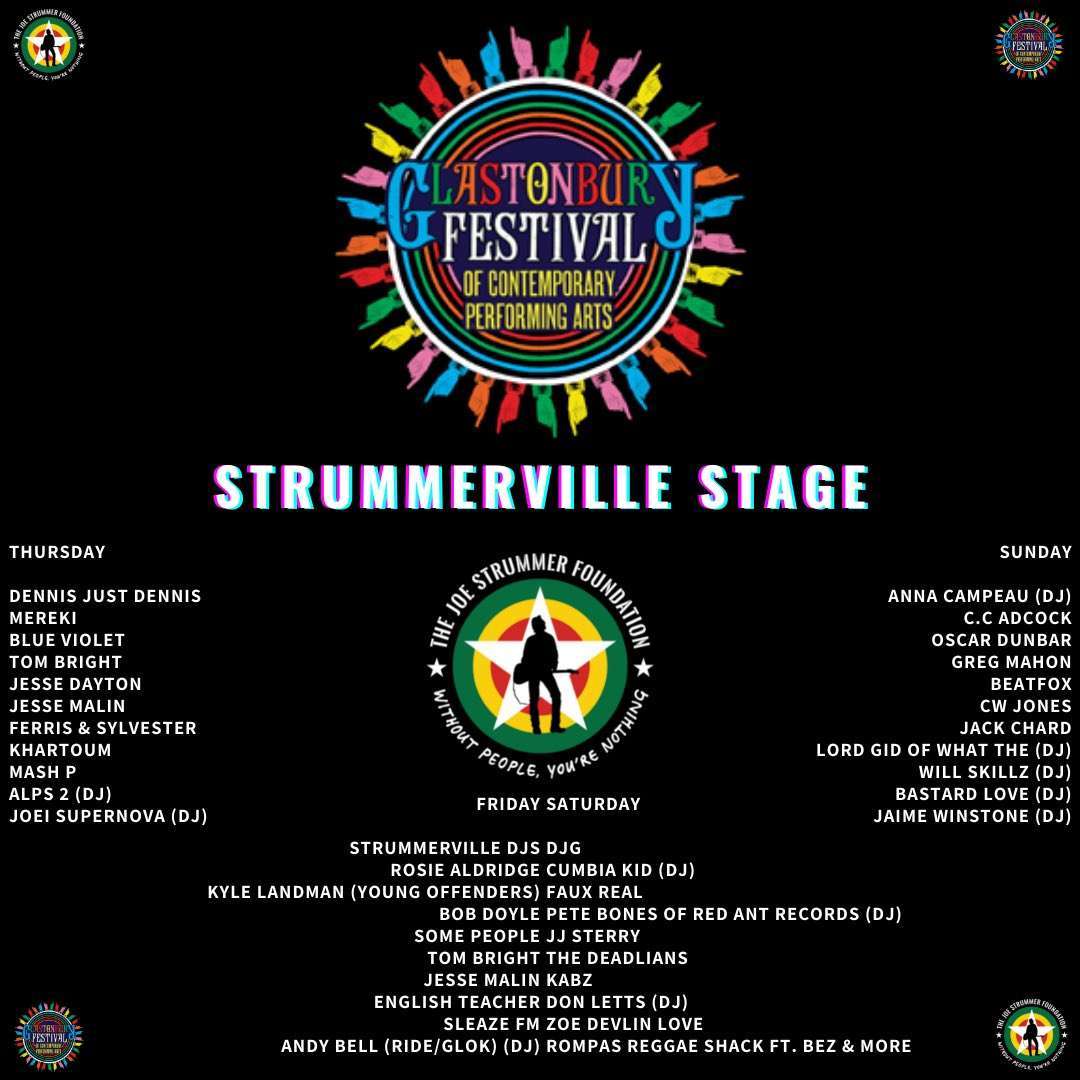 High on the hill by Worthy Gate, neighbouring the Stone Circle and south of the Tipi Field, Strummerville features Joe’s 24hr campfire where you can kick back and relax in a beautiful woody glade, watch some amazing musicians perform and quench your thirst in the CasBar, eat at the cafe and survey the Festival from the best viewpoint – all while indulging in the famous Strummerville vibe.

See the short video below, taken on the 2nd of May by Gordon Chapman, showing Strummerville taking shape ahead of this year’s event. 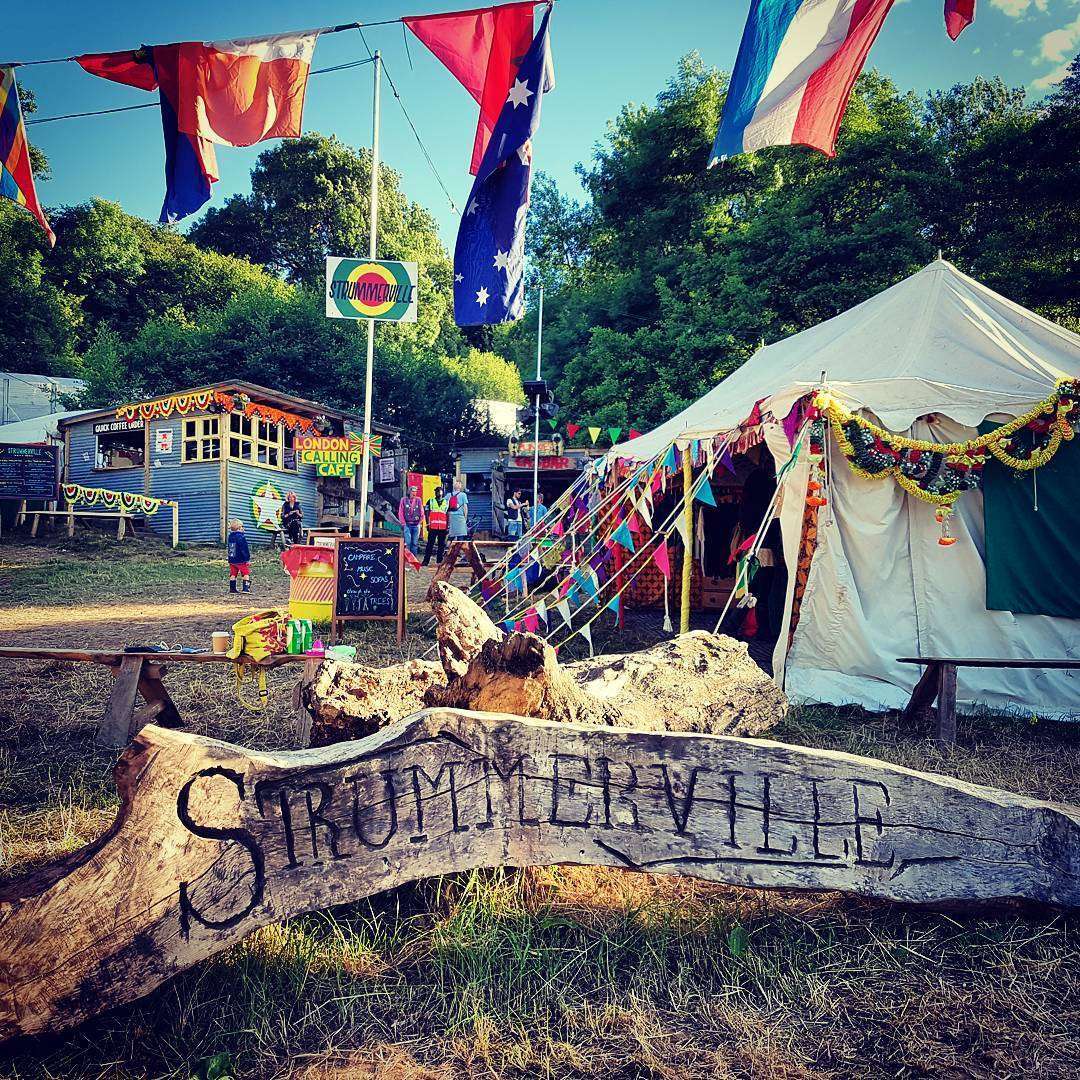 Prior to the full line-up schedule with times being announced, Block9 was the seventeenth area to announce its individual line-up poster (on the 27th of May) for this year’s Festival.