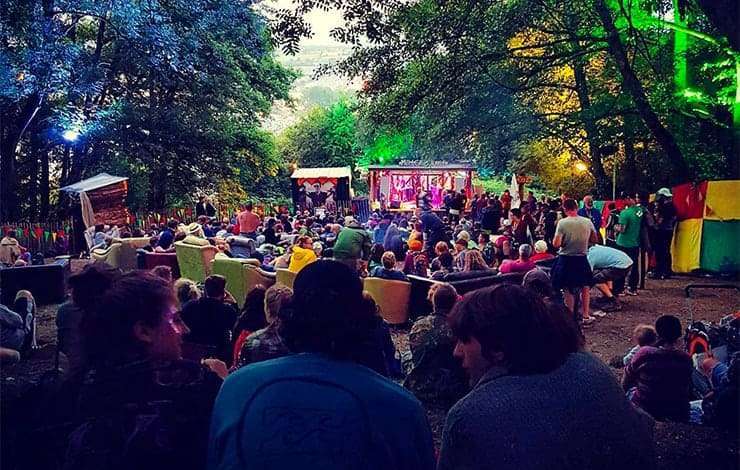 Glastonbury’s hidden gem Strummerville has unveiled its 2019 line-up poster for the Thursday (27 June) of the Festival.

Neighbouring the Stone Circle and south of the Tipi Field, Strummerville will return to Glastonbury Festival this summer with its 24-hour campfire – Punky’s casbar, Strummerville cafe, stage, merchandise and special guests providing all for its synonymous drink, talk and laughter atmosphere.

So far, Strummerville has only revealed the line-up for the Thursday which will include performances from the likes of Snapped Ankels, Broken Bones Matilda, Johnny Lloyd and many more – in addition to a “VERY special guest” TBA. See the full list poster below. 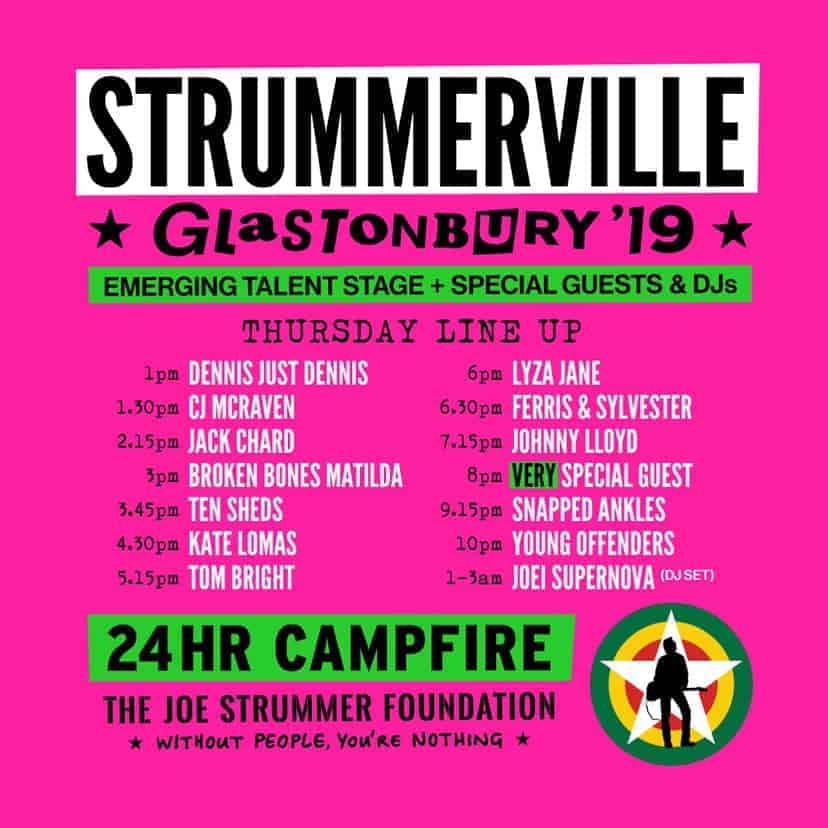