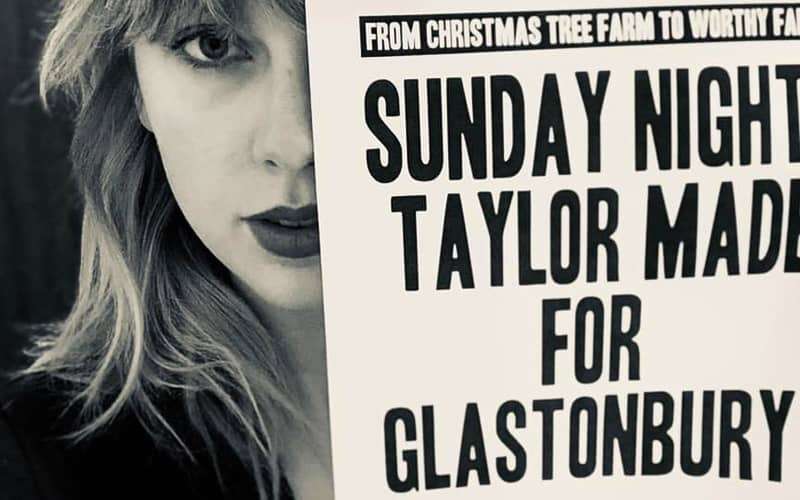 Following Taylor Swift‘s announcement from yesterday (December 15), confirming her to be headlining Glastonbury Festival in 2020 – American fans of the ‘Lover’ singer were swift (no pun intended) in taking to Twitter to express their confusion.

That being said, “Swifties” – also known as fans of the American singer-songwriter – were left bewildered at the news their favourite artist will perform on a Pyramid Stage in “Glastonbury”.

Having never heard of the Worthy Farm-held event, the Swifties were left asking: “What is Glastonbury?”

Jessica wrote on Twitter: “I know I’m probably super stupid for having to ask this but what is Glastonbury?”

I know I’m probably super stupid for having to ask this but what is Glastonbury?

While another confused fan wrote: “ITS TODAY???”

One bewildered “Swiftie” also asked: “IS THE EVENT A BIG EVENT? Can someone fill me in omg”

To which a fellow fan replied: “probably the biggest festival in Europe….? idk, but something like that”

probably the biggest festival in Europe….? idk, but something like that

Trying to find an answer to their question, many fans decided to turn to Google for help.

No, I mean what is Glastonbury, but I googled it

As a result, looking at Google trends, the searches in the global interest in the word “Glastonbury” increased significantly to reflect a massive spike as the news of Taylor Swift’s confirmation was breaking.

Here’s how global interest in “Glastonbury” has increased since @taylorswift13 announced her 2020 headline slot pic.twitter.com/pdtiyiR1hP

The booking of Taylor Swift aligns nicely with what Festival co-organiser Emily Eavis said earlier this year in regards to Glastonbury 2020 being as 50/50 gender split as possible.

On the day of the announcement, Eavis said: “Taylor is one of the biggest and best artists on the planet, and we’re just so pleased that she’s coming here to Worthy Farm to join us for our fiftieth birthday celebrations.”

She is the second headliner to be announced for the 2020 edition of the Festival after Paul McCartney and joins Diana Ross who was officially confirmed earlier this year as Glastonbury’s 50-anniversary ‘Legends’ slot performer – while Mike Skinner and Carl Cox are the two latest big-scale artists to self-confirm for the Festival’s 2020 bill thus far.