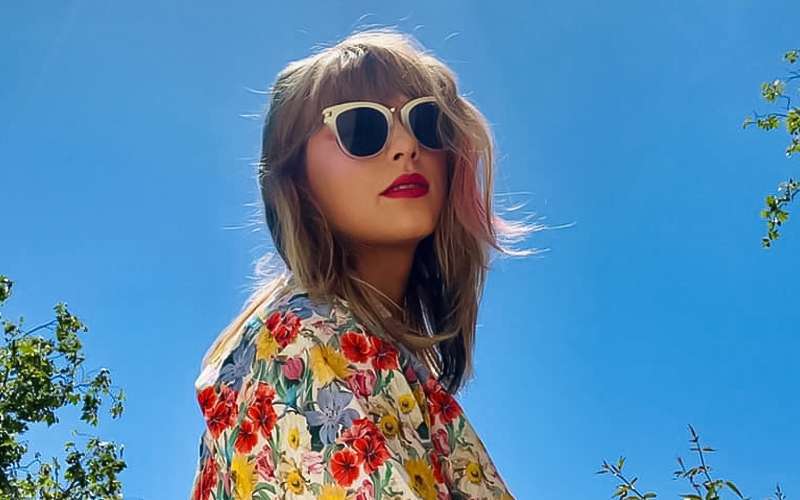 Due to a tight tour schedule, the likelihood of the American star making it in time for a headline slot at the Worthy Farm event next summer is highly improbable

Taylor Swift announced Tuesday afternoon (1st October) her long-rumoured return to the road, with an outing dubbed the “Eras Tour” scheduled to hit U.S. stadiums beginning in March 2023 and running into August, with international dates set to be revealed later.

Rumours have been circling the web that Swift might be one of the headliners set for a performance at Glastonbury 2023 when it returns next summer, after the American star was confirmed to headline the Festival back in 2020 – before it was forced to cancel for two consecutive years due to the worldwide pandemic.

I’m ecstatic to tell you that I’ll be headlining Glastonbury on its 50th anniversary – See you there! 💋 pic.twitter.com/2gJ40mEiDH

The singer said in 2020: “I wanted to ­perform in places I hadn’t performed in as much, do things I hadn’t done — like Glastonbury. I haven’t done festivals, really, since early in my career.

“They’re fun and bring people together in a really cool way. It’s so sad. But I know it’s the right decision.”

Now, however, chances of Taylor Swift playing the Worthy Farm event in 2023 seem rather unlikely, after revealing the dates for her U.S. stadiums tour – as seen below.

The tour starts on 18th March 2023 in what is apparently a favourite spot for Swift, Glendale, AZ, which is the same place her last outing – the pre-pandemic “Reputation” tour – began in 2018.

The U.S. leg wraps up four and a half months later on 5th August 2023, with two nights at L.A.’s SoFi Stadium — the venue she was set to open as a concert venue in 2020 with the cancelled “Lover Fest” mini-tour.

Swift described the tour as “a journey through the musical eras of my career (past and present!),” with a graphic showing her look from different phases of her career.

Although at first glance there does appear to be a Glasto-gap in Swift’s tour dates – making it theoretically possible for her to play the Glastonbury Sunday (25th June) – it would mean she would have to first perform at her scheduled US date on Saturday the 24th (Pittsburgh, PA Acrisure Stadium) and then fly straight from the US on Sunday morning to make it in time to the UK, for what would inevitably be a very jet-lagged Glastonbury Sunday gig.

Speaking of trying to make it in the nick of time to a Glasto-gig, all one has to do is look back at what happened with Wolf Alice when they almost missed their Pyramid Stage slot due to a flight delay earlier this year at Glastonbury 2022.

According to reports from earlier this year, the 32-year-old had “politely declined” the chance to take to the Pyramid Stage at the last edition of the Festival in 2022, but said performing at Worthy Farm is still “on her bucket list”.

The insider was quoted saying at the time: “Taylor politely declined when she was approached because the timing just isn’t right at the moment. Of course, she would absolutely love to headline at some point. It is still on her bucket list but performing isn’t her priority right now.”

In other Glasto news

Pulp announced the dates of their reunion tour scheduled for next summer, leaving plenty of room for a Glastonbury performance, while Victoria Beckham ruled out a Glastonbury appearance as part of a Spice Girls reunion – following long-time speculation fuelled by her former band mates.

Some of the recent big-name acts to be rumoured for a possible performance at Glastonbury 2023 include;

Whispers of a possible Glastonbury performance started circling the web last month, after a couple of posts were published on the eFestivals forums website, pertaining to some apparent inside information “from a very reliable source”, saying that Roxy Music are set to play the Legends Slot at Glastonbury 2023.

The Sheffield-formed band are rumoured to have signed on “the dotted line” for a deal to headline Glastonbury 2023 after their UK tour sold out in mere minutes, once going up for sale in October.

The hard American rockers are also one of the bands currently rumoured for playing Glastonbury 2023 after Festival organiser Emily Eavis said in an interview last year that the band need to play the Worthy Farm event at some point.

Having never played at Worthy Farm before, Sir Elton John has long been rumoured for a performance at Glastonbury Festival, and some changes to his current ‘Yellow Brick Road’ tour schedule just happens to reflect a perfectly-sized Glasto-shaped-gap.

The American rapper – who is yet another name to have never played at Glastonbury before – was reported to be in “advanced talks” to headline the iconic Pyramid Stage at Glastonbury next summer.

Glastonbury organiser Emily Eavis did however say earlier this year that all three headliners for the 2023 Festival have already been booked.

You can follow and stay up to date with all the latest artists that have confirmed, self-confirmed or rumoured for Glastonbury 2023 in our constantly updated list, by clicking here.

Elsewhere, as of the time of publication, current SkyBet odds for Glastonbury Festival 2023 headliner are as follows:

Please note that registration closed at 5pm GMT on Monday, 31st October, and as of this moment in time, there is no opportunity to submit/re-submit a registration until after the November ticket sales.