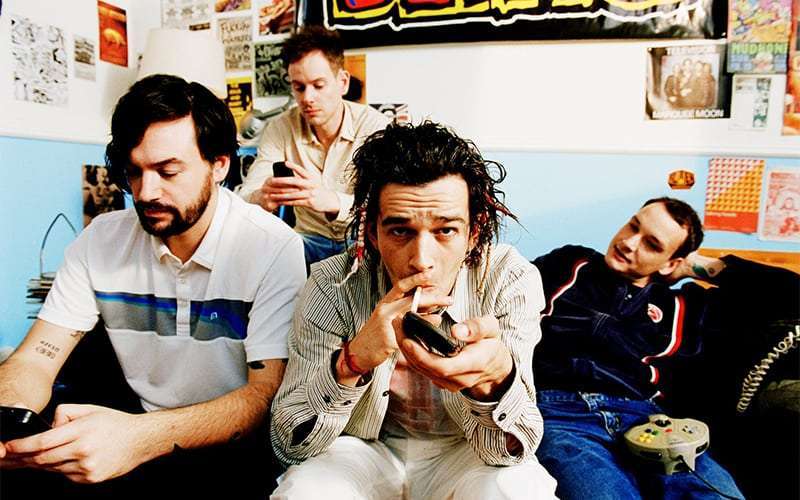 The Cheshire-formed band want to headline Glastonbury Festival, but are “busy this year [2020]”

The 1975 reiterated their ambitions to headline Glastonbury Festival.

In an interview with BBC Radio 1’s Annie Mac on the Future Sounds show (January 16) – while unveiling their new single ‘Me & You Together’ – the Cheshire-formed band confirmed “headlining Glastonbury” is one of their unrealised ambitions, but say they are “busy this year [2020]”.

“It’s such an amazing thing to do as a band, that would probably be the only gig that […] we need to do before it all changes”, said frontman Matt Healy.

In a recent interview with Apple’s Beats 1 Matt Wilkinson Friday (January 17), Healy confirmed that the now Manchester-based band won’t be playing Glastonbury this year, saying: “No, we’re not going to headline […] But Glastonbury is exciting this year. I know a lot about it… I’ve heard amazing stories and amazing things, and I am going to go as a punter. It’s going to be wicked. Maybe I’ll get up and do a little acoustic set with Stone Temple [Pilots].”

Earlier this month, The 1975’s manager Jamie Oborne was asked about Glastonbury – via a fan on Twitter – to which he replied: “well we really wanna play”.

The chart-topping band have been rumoured for headlining Glastonbury for quite some time. Back in December 2018, was when Matt Healy first confirmed in a radio interview he’d be attending Glastonbury 2020 as a punter, while adding that the band would then be ready to headline after topping the bill at Reading & Leeds in August 2019 – Glastonbury organiser Emily Eavis responded by saying: “Oh really? That’s good. Interesting. They’re great. Obviously we’d love to have The 1975.”

The 1975 first played the Worthy Farm-held event in 2013, before returning in 2014 and most recently in 2016 when they took to the Other Stage on the Saturday night prior to Chvrches and New Order.

You can listen to the band’s Radio 1 Annie Mac interview from earlier this month on BBC Sounds, with Glastonbury talks starting from around the 37:30 time-mark.

Highlights from the band’s 2016 set remain online and are still available to watch on the BBC website.

Glastonbury 2020 rumours: Here’s who might play next year’s festival