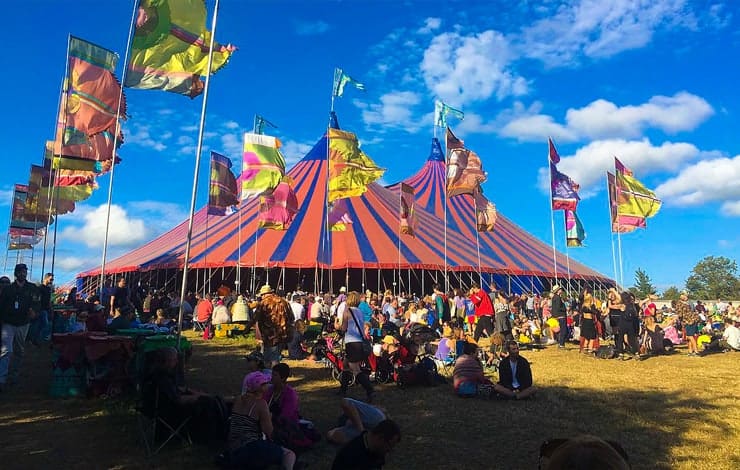 The Acoustic Stage is the ninth major stage to announce its line-up for Glastonbury 2019, following West Holts, The Glade, Shangri-La, Theatre & Circus, The Kidzfield, The Common, Silver Hayes and Field of Avalon‘s announcements over the past weeks.

Showcasing the best in blues, folk, contemporary or country music but “not always played on acoustic instruments” – This year’s Acoustic Stage will feature performances from the likes of Nick Lowe’s Quality Rock & Roll Revue (Friday), Hawkwind and Keane (Saturday), and Rickie Lee Jones (Sunday). See the full list below. 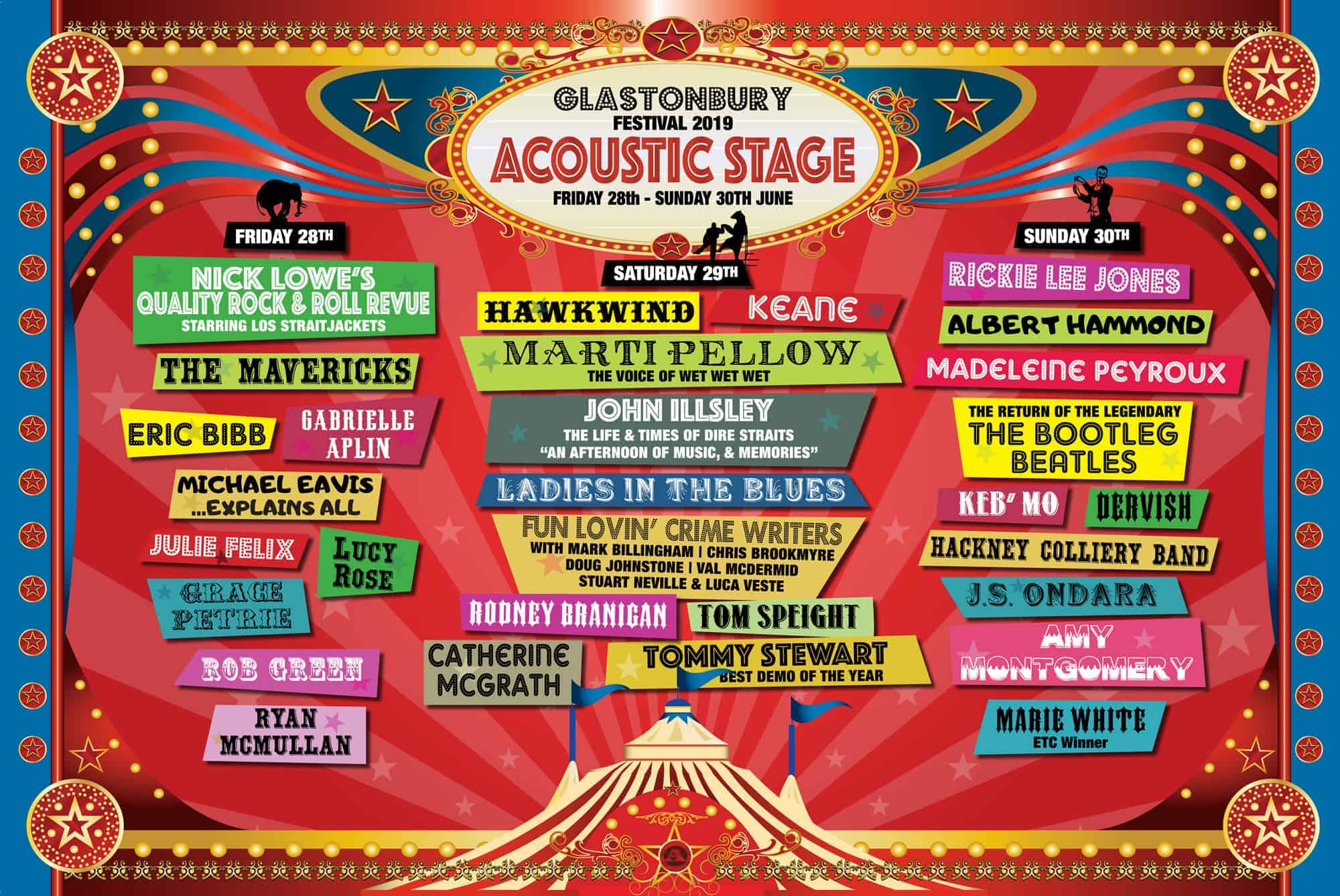 A statement from the festival reads: “The Acoustic Stage is a festival within a festival. For the last thirty years odd, people have been trooping up the hill to the haven of the acoustic field. The crowds visit the Acoustic Stage to either avoid the rain – in the sanctuary of super-duper circus tent – or, to hear acoustic, song-based music. Mostly its blues, folk, contemporary or country music, but… it’s not always played on acoustic instruments.”