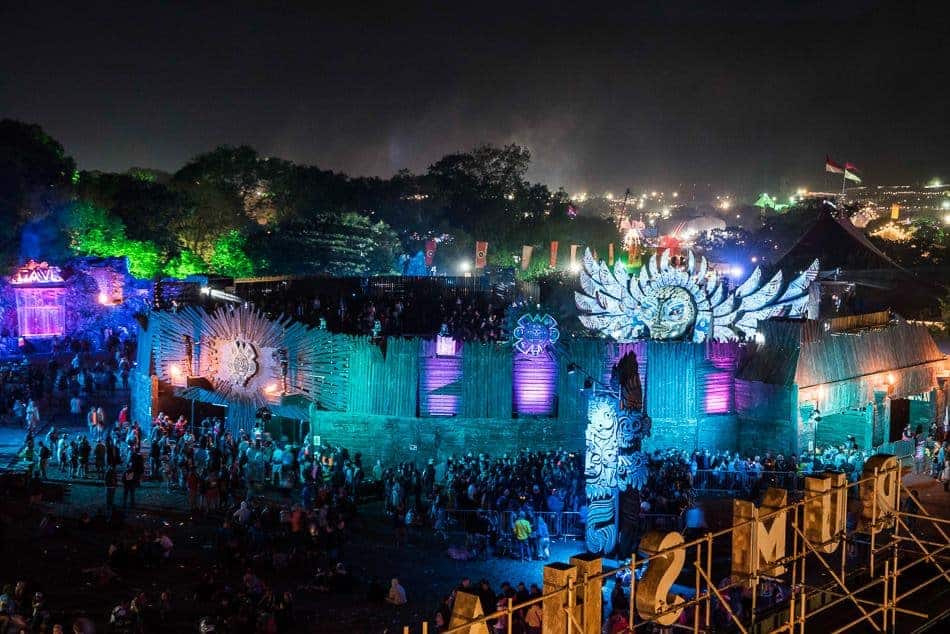 The Glastonbury individual area line-up posters continue to drop at a high-paced speed, as his morning, The Common was the eighth area to unveil its poster for this year’s Festival.

Taking to the socials earlier today (6 May), The Common revealed its line-up poster for this year’s event and by doing so added even more acts to the ever-growing 2022 roster.

The poster, shown below, contains over 50 acts that will be performing at this year’s Festival – including Emily Dust, Sam Binga, Lazy Habits, Enny, and many more. 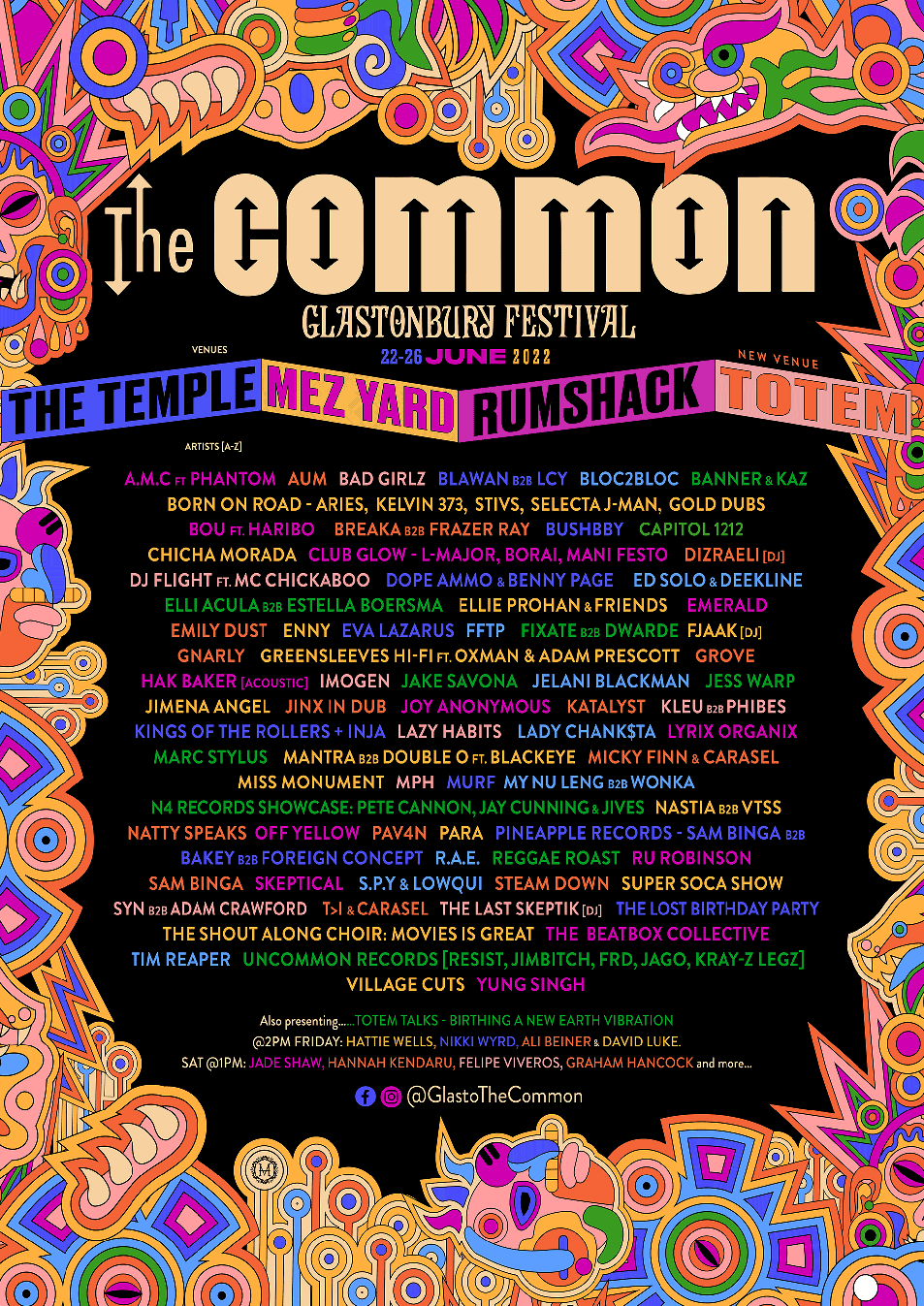 The late-night area is comprised of The Temple, The Rum Shack, The Mezcal Yard, plus a brand new venue for 2022 names Totem.

In a statement released to accompany the line-up poster, The Common said: “Under the rich earth in the south-eastern tip of Glastonbury lies a buried secret waiting quietly for those who will listen and so learn to unlock its mystic power, breaking the bindings of control. In this place between seeing and dreaming, where the elements can unite to invoke the Great Spirit, the rhythms are free to fulfill your vision. Gather your tribe and take our hands as we move onto the sacred site of…The Common!”

Being a busy announcement week for the Festival, this announcement follows Shangri-La’s line-up poster revelation earlier this week, which was the seventh area to have its 2022 bill officially confirmed, with at least another nine still to come.

Last month, it had been confirmed that Arcadia’s iconic fire-breathing Spider will be returning to the Festival following planning issues with the Pangea crane, which had replaced the Spider in 2019. The news came on bundled with Arcadia’s line-up poster, which followed line-up posters for the Theatre & Circus Fields, Glasto Latino, former Dance Village Silver Hayes and Field of Avalon.