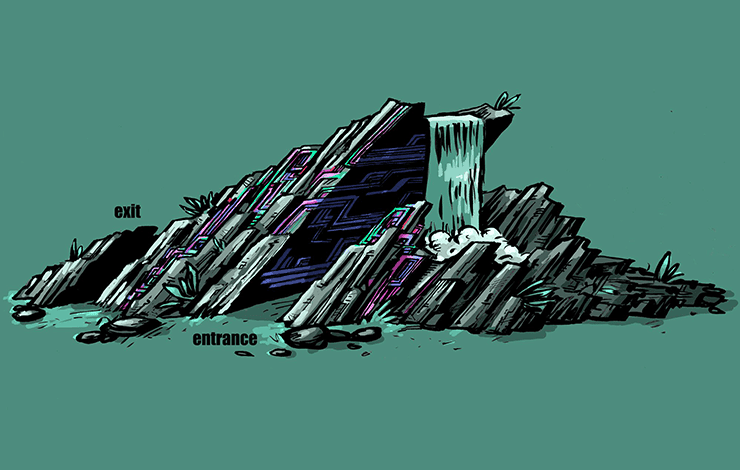 Breaking the news on Facebook earlier today (June 6), The Common organisers confirm that the brand new SAMULA (pronounced – SAM-U-LA) will be taking the place of The Cave.

Describing the new venue as “An aquatic paradise, a side-step into another world” – and saying that: “Where The Cave once was, SAMULA: The Portal now rises.” See the original post and eyeball the sneak peek images below.

The Common was among the first areas to announce its line-up for Glastonbury 2019 – with The Streets‘ Mike Skinner, Hot Chip, Bellatrix, Eats Everything and Seth Troxler being just some of the names set to perform across the South-Eastern corner of the Festival.