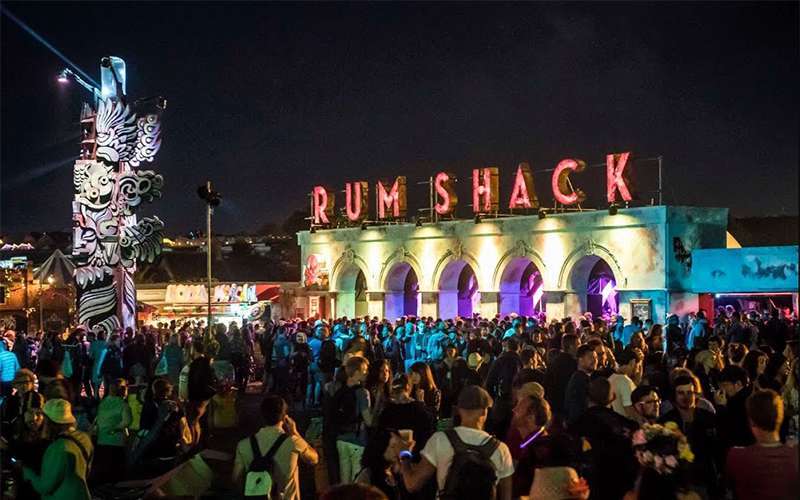 Following the poster announcement earlier today (21st May),  The Common had retracted its original post just to go on and issue the following statement: “… Stay connected as we launch the full line up for the Rum Shack soon – some of you may have seen a sneak peek earlier but we were premature with our posting – check back soon.”

If individual area line-up announcements weren’t enough for you, now a Rum Shack, a venue within an area at Glastonbury has had its line-up revealed for this summer’s Festival.

Situated within The Common area – Rum Shack’s full line-up, including specific days and times, has been unveiled this afternoon (Saturday, 21st of May) at 14:02 in a breakdown poster, seen below.

The announcement post, which was shared via The Common’s official social channels, reads: “It’s here!!! The Rum Shack full line-up!! 1 million % vibes… Are you ready?”

The Rum Shack is located in the South-East corner of the Festival and has become one of the main spots for legendary surprise performances before they blow up – including but not limited to Akala, Kate Tempest and Kojey Radical.

This year will see groundbreaking artists from the likes of ENNY and Hak Baker (acoustic) rub shoulders with legends like Goldie in a riotous roulette of live bands, bass-fuelled DJs and badass beat-makers from all corners – think bass culture with a live twist. 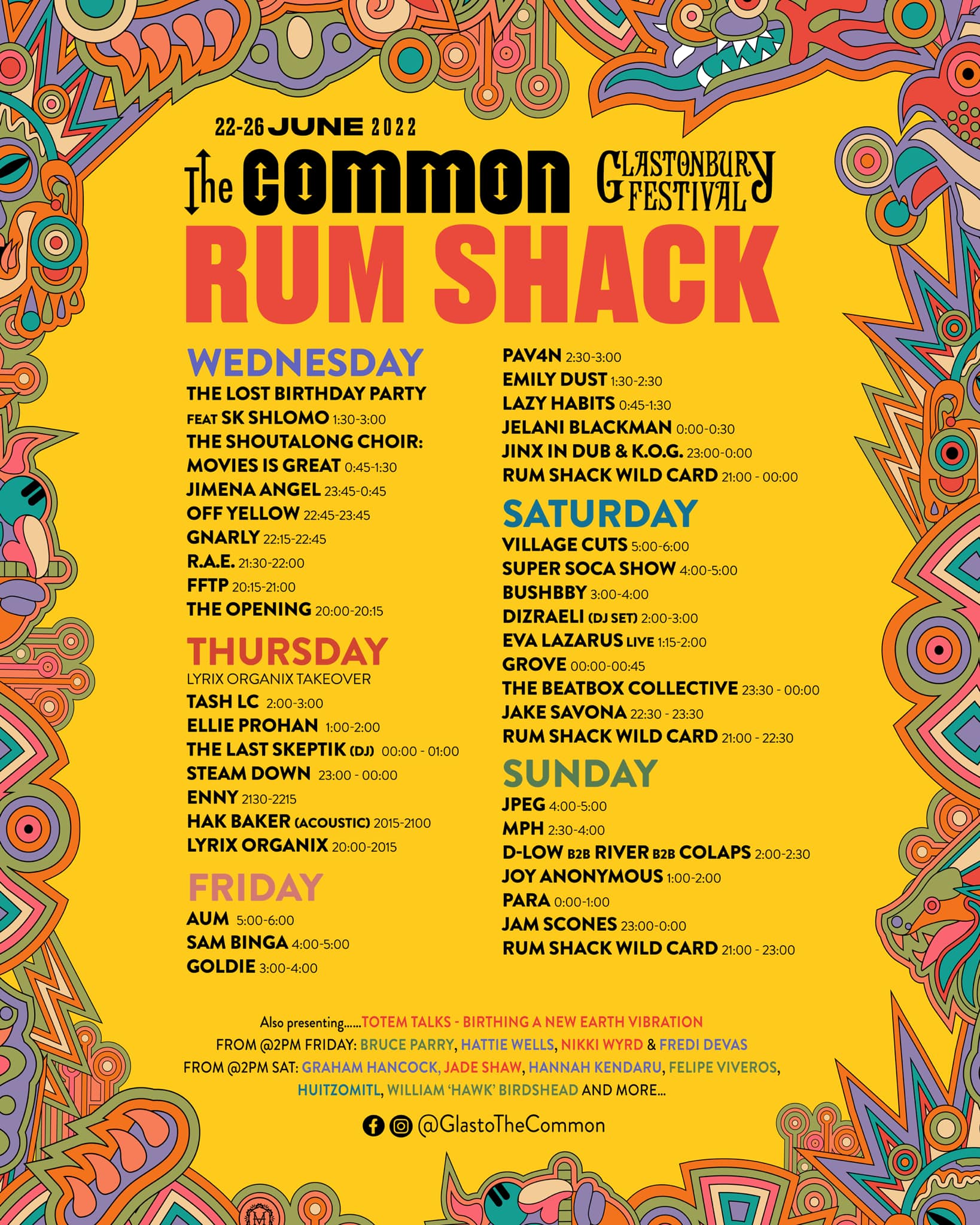 With Unfairground being the fourteenth and most recent area to announce its individual line-up poster for this year’s Festival (on the 20th of May), we are now expecting at least three more areas still to come.

The Park area unveiled its line-up on the 19th of May, while the Kidzfield revelation came on the 16th – just three days after Croissant Neuf‘s on the 13th, and followed announcements from Acoustic Stage and The Glade earlier in the month – on the 12th and the 11th, respectively.