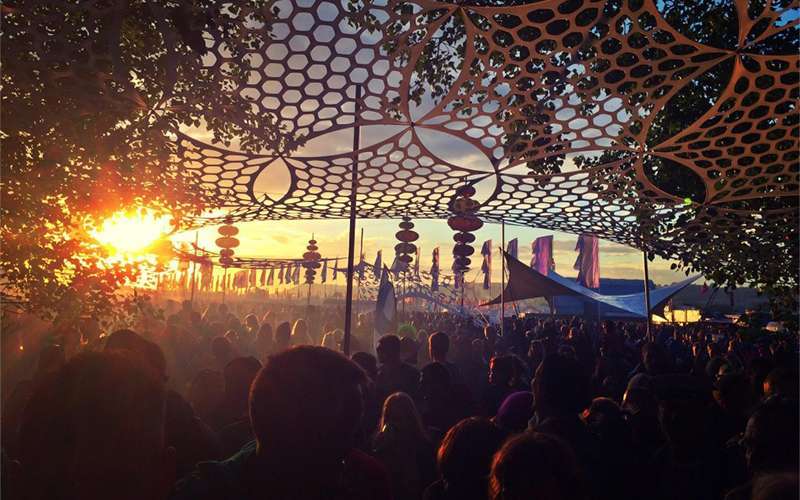 A stellar line-up, an upgraded main stage, an enhanced wooded area, the “Glade Dome” and a rebuilt Spike venue…

Another Glastonbury area has revealed its line-up ahead of this year’s anticipated Festival.

This morning (Wednesday, 11th May) The Glade was the ninth area to announce its line-up posters containing a roster of artists that will be joining the Festival’s bill this June – with at least another eight areas still to come.

In the message shared via its social channels, the Glasto-area said: “Here it is, the one you’ve all been waiting for! We’re back with a lineup to make you smile from ear to ear, and cannot wait to be back with you next month. This is for you, Glade Family”

The posters, shown below, include the lineup for both The Glade Stage and the new Glade Dome – featuring artists such as Danny Howard, Stanton Warriors, Don Letts, Barry Ashworth, Grafix & Ruthroyall, Tristan, Annie Mac, CamelPhat, Sasha, John Digweed and many more.

Many of the artists will also likely appear on multiple stages throughout the Festival weekend – as an example, Carl Cox has already been confirmed for playing Arcadia last month, and now The Glade’s Dome. 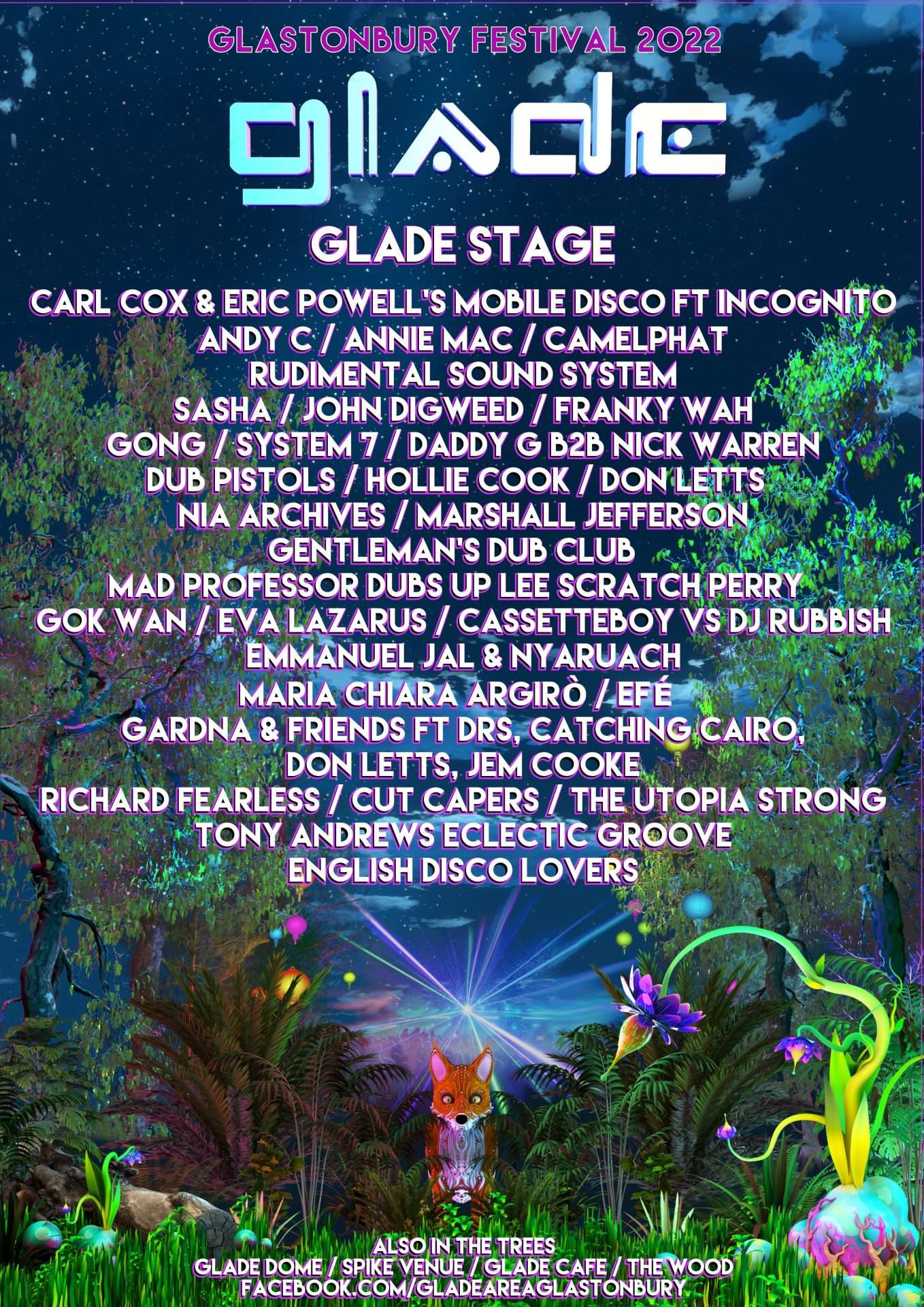 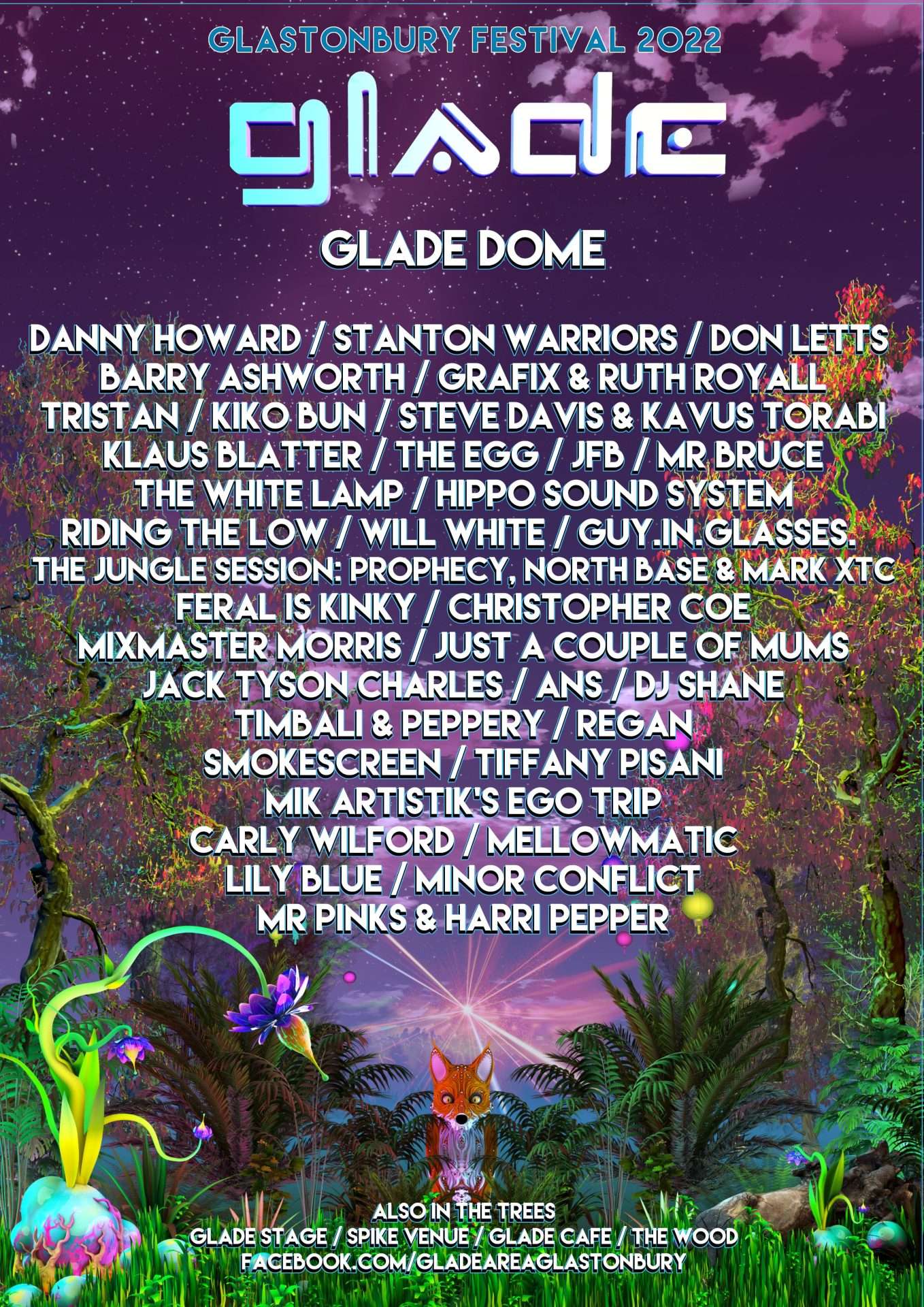 Spawned from its roots in the Field of Avalon and the Experimental Soundfield of 1992, The Glade has been around and kicking since the year 2000.

It will is back for Glastonbury 2022 with a stellar line-up, an upgraded main stage, an enhanced wooded area, and a new stage – titled Glade Dome.

The Spike venue has also been rebuilt in the trees making this a real social hub between Other Stage and West Holts just off the Old Railway.

Looking at the new map for 2022 (released just last week, on the 5th of May), we can now confirm that the new big blue marking on the map is The Glade Stage.

And according to OpusPocus – who in collaboration with Leap Audio and Extreme Rigging provides sound installations to the Festival – The Glade Lounge, Spaceport, and The Spike have apparently all been merged into the one big “Glade Dome” – now located in the trees, where the Glade Main Stage used to be.

The news comes less than a week after late-night areas The Common and Shangri-La, released their line-up posters earlier in the month – on the 4th and the 6th respectively.

The Acoustic Stage reveals its line-up for Glastonbury 2022