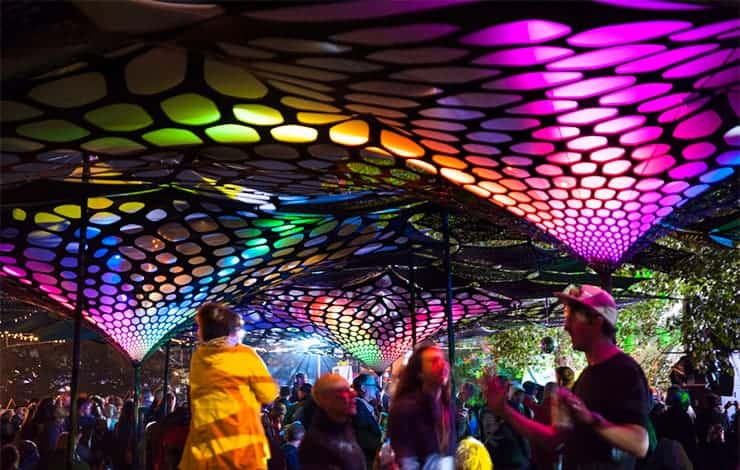 The Glastonbury 2019 bill continues to grow – as the latest official festival announcement which dropped earlier today (May 3), comes in the form of 4 posters unveiling the line-up for this year’s Glade area.

The Glade is the seventh area to announce its line-up for Glastonbury 2019, following the Shangri-La, Theatre & Circus, The Kidzfield, The Common, Silver Hayes and Field of Avalon‘s announcements over the past weeks. 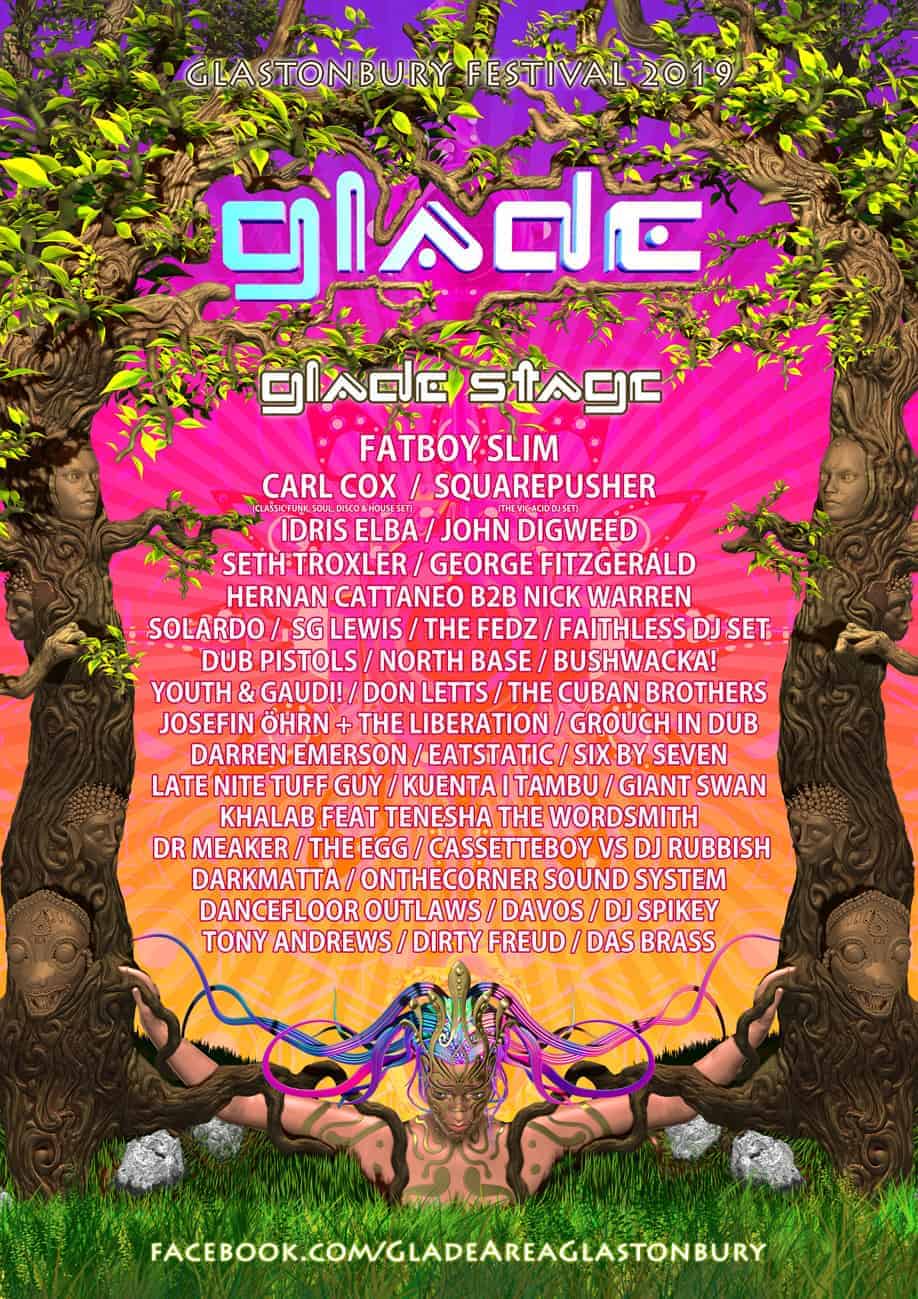 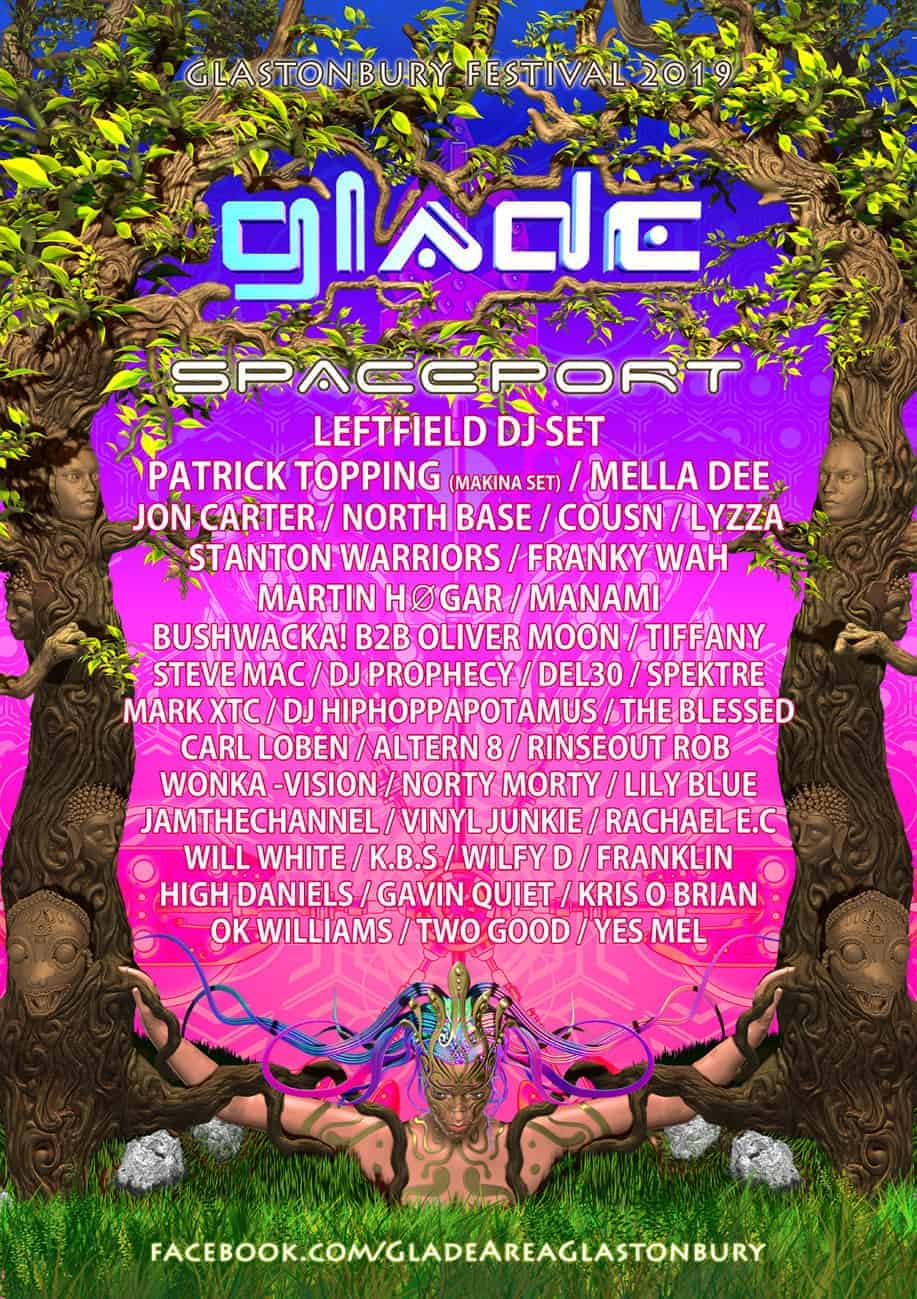 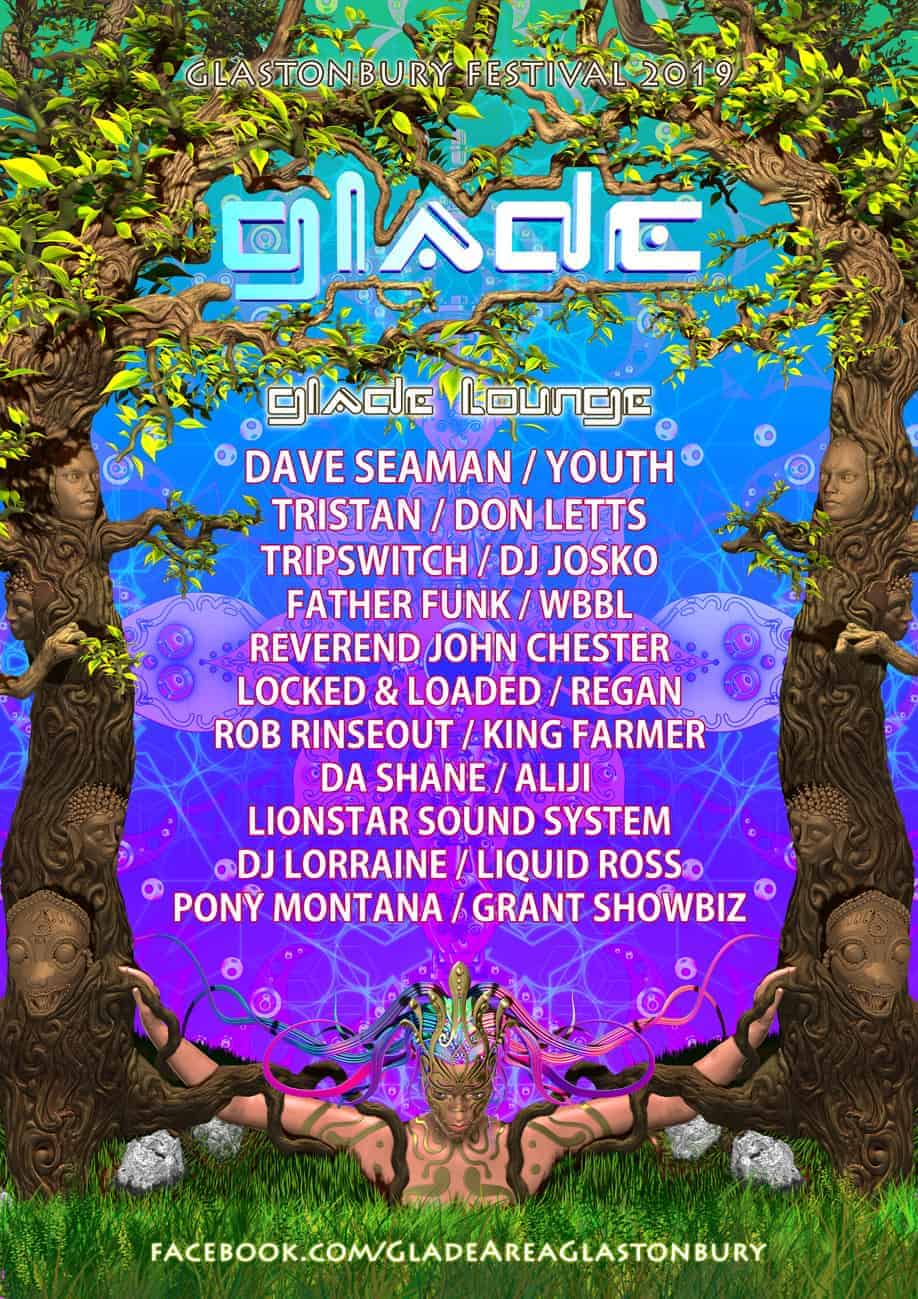 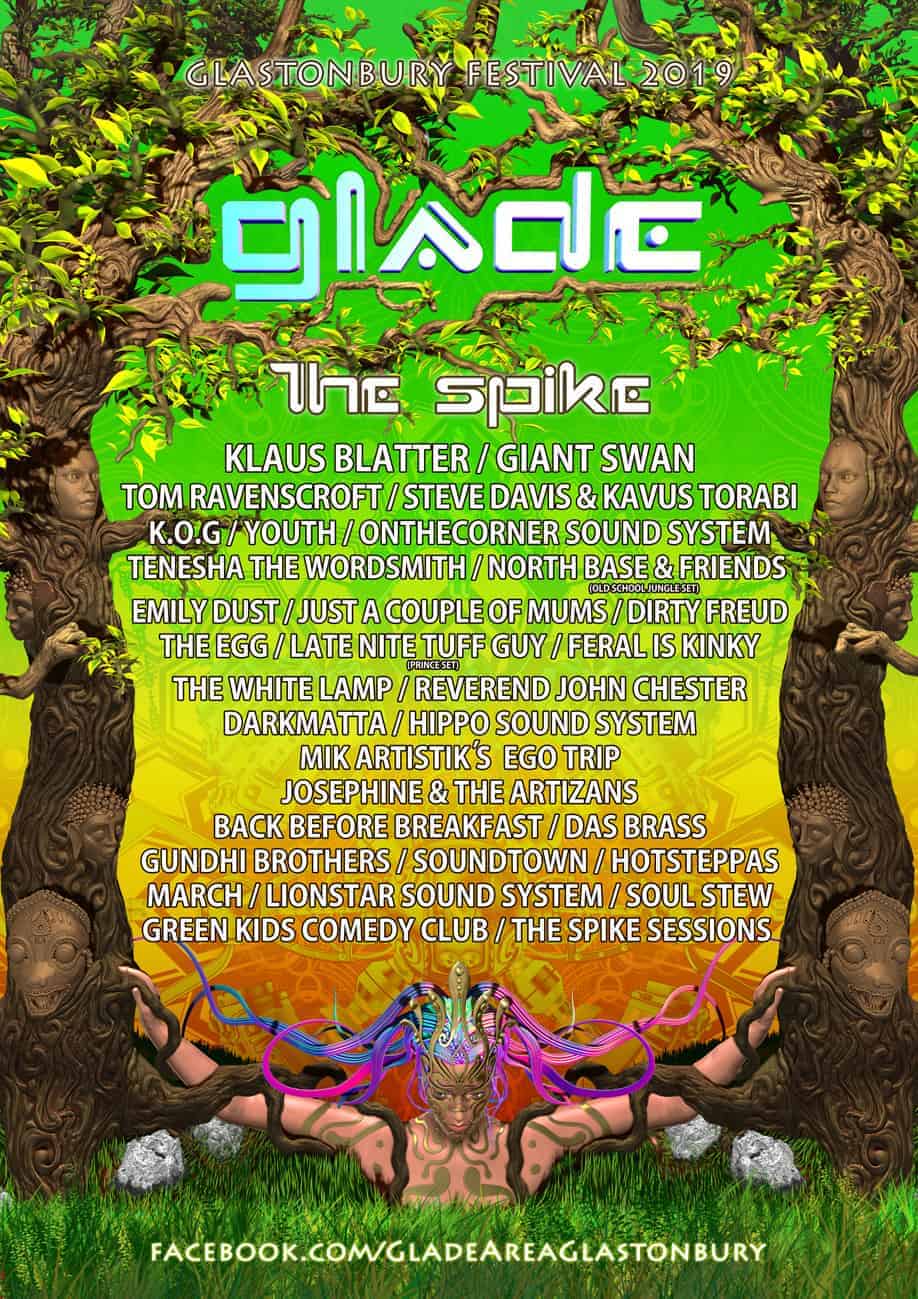 Situated right smack in the centre of the Glastonbury site, The Glade is known for organically growing out of the wooded glade sound system in the late 90s.

The Glade area was previously comprised of five stages: The Glade Stage, Glade Lounge, The Spike, Spaceport and Lovebullets , but it seems this year the Lovebullets stage has now gone – As confirmed by the official Glade area Twitter account:

The festival announcement said: “The Glade is back with an amazing line-up for 2019.  They’re consolidating and upgrading with a rocking new Spaceport venue, a larger Lounge, a festival debut of the Funktion One Vero from the makers of the original Pyramid PA system… and The Spike. So many treats in store amidst the trees right in the middle of the Festival site.”

SEE ALSO:  More Glastonbury 2019 line-ups to be released "over next couple of weeks"