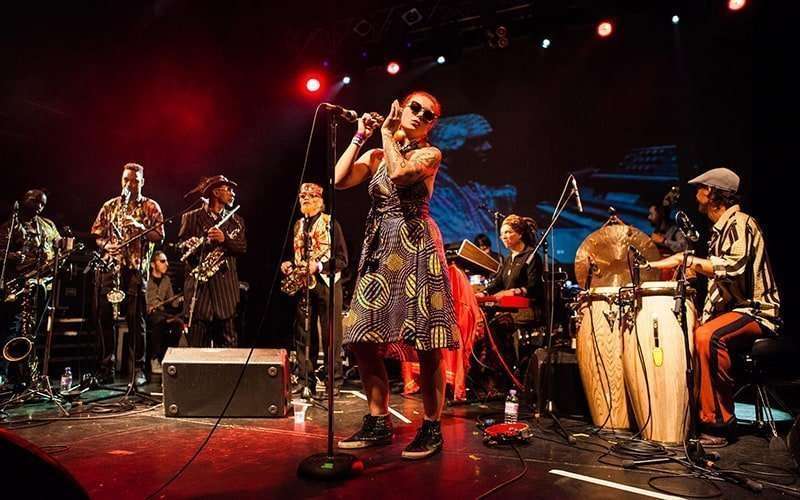 The Heliocentrics have self-confirmed for playing Glastonbury 2020 this summer.

The London-based jazz fusion outfit confirmed the news on BBC 6 Music earlier today (February 25), saying that they will be playing Glastonbury’s Shangri-La this June – stage TBC.

Asked by Tom Ravenscroft (who sat in for Shaun Keaveny) whether the collective have any tour plans for the summer [2020], the band replied: “Yeah, we’re down to play Glastonbury, Shangri-La…”

The psychedelic-funk ensemble have just released their new album titled ‘Infinity of Now’ via Madlib Invazion.

The Heliocentrics made a ripple with their appearance on DJ Shadow’s 2006, The Outsider – along with their own heavily instrumental works, they’ve produced lengthy collaborations with such legends as Melvin van Peebles, Mulatu Astatke, Lloyd Miller and Orlando Julius, and created the score for the LSD documentary The Sunshine Makers in 2017.

The full interview is now available to listen to on BBC Sounds (for the next 29 days) – They mention Glastonbury at around the 2:13:53 time-mark.