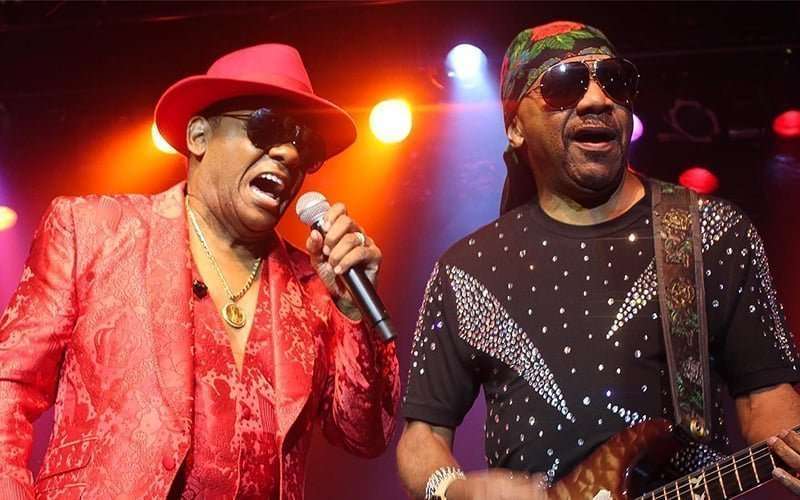 The Isley Brothers have announced a new UK tour, celebrating 60 years since they first released their classic single ‘Shout’ – following on from their ‘You Make Me Wanna Shout’ US tour earlier this year.

Announcing the news on Facebook, The Isley Brothers said: “We are excited to announce we are coming to the UK in 2020 for the first time in 10 years! Pre-Sale begins tomorrow 9AM local time and general on-sale is this Friday 11/29 at 9AM local!”

The Rock and Roll Hall of Fame inductees – featuring founding member Ronald Isley, and his brother Ernie Isley who joined the band in the 60’s – will call in Glasgow, Leeds, Bournemouth, London, Nottingham and Manchester between June 24 and July 3.

Looking closer at the group’s tour poster, it is hard not to notice the massive Glasto-sized gap in their tour dates – leaving wide open the possibility for a Glastonbury 2020 performance on Saturday (June 27) or Sunday (June 28) of the Festival.

As always, with Glastonbury Festival you just never know, and to be 100% certain we would obviously have to wait for the official announcement on this when it comes.

Formed in the early 1950s in Cincinnati, Ohio, The Isley Brothers are considered today to be one of the most important and influential groups of the last half-century, and true pioneers of pop.

Since the release of ‘Shout’, their first hit in 1959, the group went onto release a string of incredibly successful singles such as ‘Twist and Shout,’ which became their first Top 40 hit on both the pop and R&B charts, and ‘It’s Your Thing’ which earned them the 1969 Grammy Award for Best R&B Vocal Performance.

The Isley Brothers were inducted into the Rock & Roll Hall of Fame in 1992 and continue to be an incredible influence on music worldwide with an incredible pantheon of hit songs.

SEE ALSO:  Rumours of Kendrick Lamar being set for Glastonbury 2020 just got even stronger