If while reading these lines, you are feeling a certain kind of blues mixed in with the feeling like you should be somewhere, we think we know the reason, and be sure you are not the only one.

This very weekend would have been the weekend when Glastonbury 2018 takes place at the beloved Worthy Farm.

The reason you aren’t partying your tits off on the infamous dairy farm this year is due to the festival’s traditional year off, which is also known as a “fallow year”- in order to let the land and wildlife recover.

That being said, this might not have been the case. All that had needed to happen was for one band to put their discrepancies aside and reform.

Whilst speaking at the Speakers Forum Q&A on Sunday (June 25, 2017) after last year’s festival, Michael Eavis said that he would have cancelled the fallow year if one of his all-time favourite bands would decide to get back together again. He also added that despite it being hard work, he was “already regretting” taking the year off.

Keeping the cards close to his chest at the time, Michael did not reveal who that band might be. Although he did say: “It’s not One Direction.”

While still confirming the fallow year is 100% certain, he also half-jokingly mentioned the fact that: “there’s one band I want to reform, if they reform, I’ll change my mind”

He then went on to say that: “I’d like The Smiths to reform. I haven’t told them that yet. That’s my job for next week.”

As we all know by now, Michael’s mojo was not enough to make this happen, and therefore, the crowd at the Pyramid Stage this year is slightly different and MOOOOre than happy, as you can clearly see in the image below… 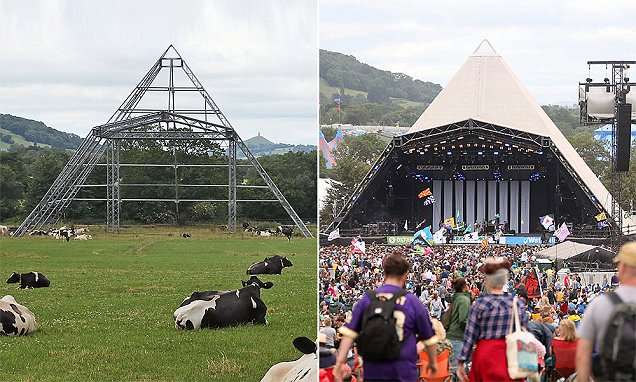