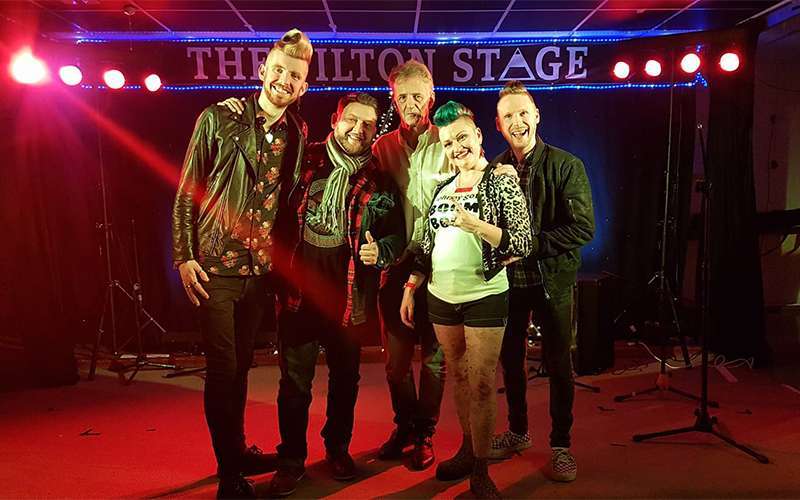 The Strays – a retro-inspired Punk, Pop n Roll 4 piece, fronted by Stella Sonic – are the winners of the (2020) Pilton Stage Competition and will play Glastonbury Festival when it returns in June.

The Pilton Stage – run by Neil Templar – is a contest that provides up and coming bands and solo artists of any musical genre the chance to compete for a performance slot at Glastonbury – while also getting to meet the legendary Festival founder, Michael Eavis himself.

Confirmed for Glastonbury 2022 and winners of the @thepiltonstage final:@TheStraysMusic #Glastonbury #Glasto

So so pleased that @TheStraysMusic won the Pilton Stage finals tonight. You were our number 1. See you at Avalon in June #Glastonbury #avalonstage pic.twitter.com/edN006fPAO

The final – which was set to take place in 2020 but was put back due to the ongoing coronavirus pandemic – took place this evening (5 February) at ‘The Pilton Working Men’s Club’ in Somerset, included finalists Xander and the Peace Pirates, Mesh, Ryders Creed, Dusk Brother, Stealing Signs and winners The Strays – which will now go on to play the Field of Avalon at Glastonbury 2022.

Back in 2019, the competition joint winners – which included Imprints, Chrissie Huntley and The Flavians – all went on to play the Festival that year.

Glastonbury organiser, Emily Eavis, recently said that some news about Glastonbury 2022 can be expected by the end of the month (February), while also confirming that the first line-up poster will be released in March, with individual area line-ups to follow – before the full line-up plus times will finally drop in June.

As it stands, Diana Ross, Billie Eilish, R.A.E and most recently Little Simz are the only artists to have been officially confirmed for playing Glastonbury Festival when it returns in 2022.