Three beautiful fields of wonder, filled with dazzling entertainment and amazing spectacle – set right in the heart of the festival…

The Theatre & Circus Fields have revealed their line-up poster for Glastonbury 2022.

Announcing the news on Twitter this evening (Tuesday, 26 April), Glastonbury officials said: “We’re excited to reveal the 2022 line-up poster for our incredible Theatre and Circus Fields!”

The official statement reads: “We’re delighted to unveil the line-up for the colourful, vibrant fields of laughter, spectacle, pathos, and poetry that is Theatre and Circus. A place where you can move from fast-punching satire to breathtaking beauty in just a few paces. Where you will always find the unexpected, the unbelievable and the unbeatable. And there’s always the risk of being led astray by some wondrous creature or whimsical character. We are so pleased that performers from around the globe are able to join us in this grand celebration of everything that make Theatre and Circus everybody’s favourite place to be”.

Some of the acts featured on the poster include Neil Balfour, Marcus du Sautoy, Marcel Lucent, Adam Hills, Nish Kumar, Edd Petrie, John Hegley, Jonathan Pie and many more – see the full 2022 poster and video of the area from 2019 below. 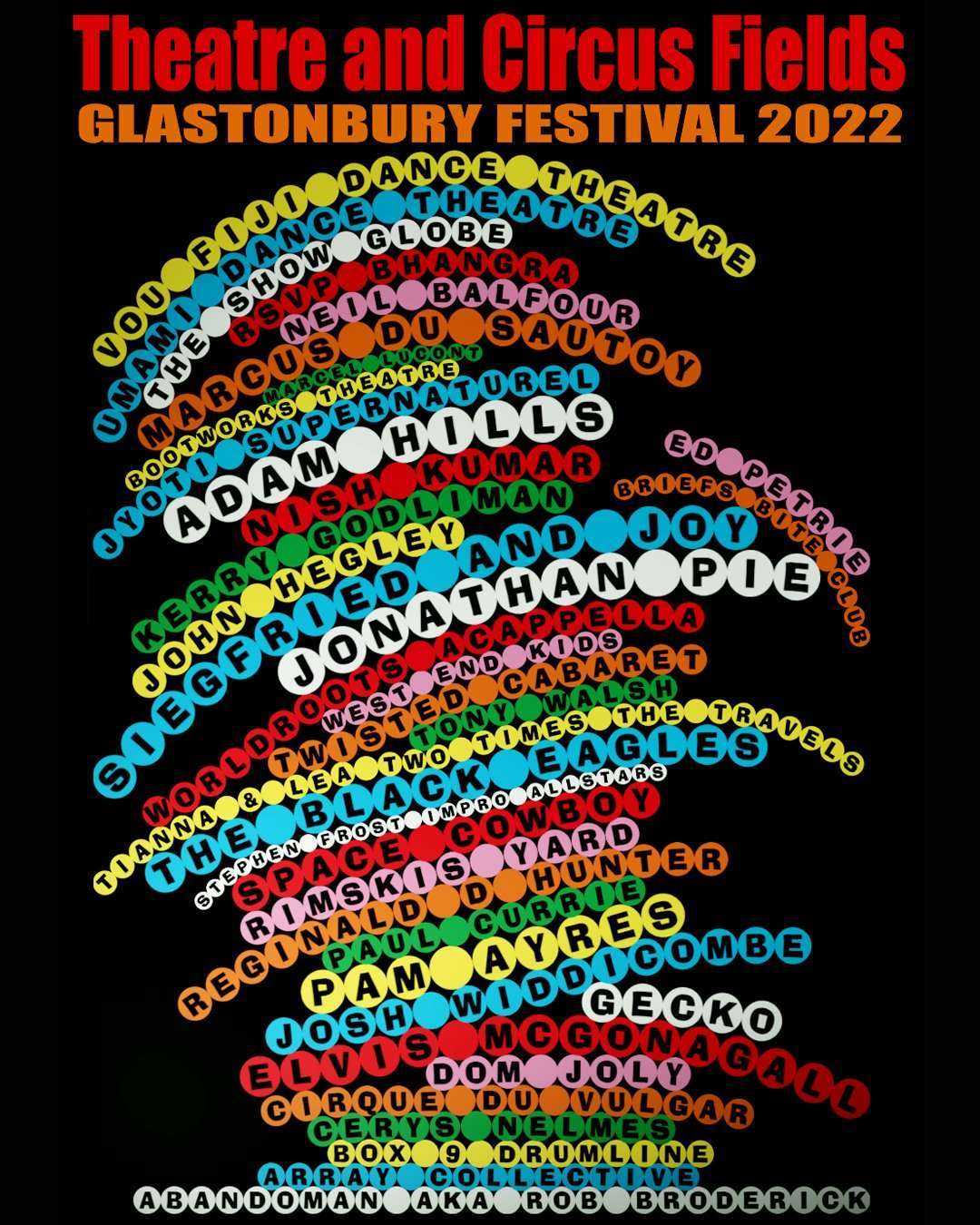 The Theatre & Circus Fields transform three fields at Worthy Farm into an unforgettable spectacle, with more than 1000 performers on stages running from 11am until the wee small hours. Here you’ll see jaw-dropping stunts, side-splitting comedy and cutting-edge theatre and circus. And a festival highlight for many – Glastonbury’s famous walkabout theatre acts will be out and about in the fields day and night.

Meanwhile, as it stands, in addition to the Theatre & Circus Fields –  Field of Avalon, Silver Hayes and Glasto Latino are the only other areas to have revealed their line-up posters ahead of this year’s event, following Glastonbury’s first main line-up announcement poster revelation which dropped earlier this year.

This year’s Glastonbury announcements are far from over with lots more performers and attractions waiting in the pipeline to be revealed before the full line-up + times will finally drop around June time – as recently confirmed by Glastonbury organiser Emily Eavis.