Go-A, who represented Ukraine in the 2021 Eurovision song contest have confirmed they’ll be playing Glastonbury this summer.

Announcing the news via their social channels, on Friday, the 13th of May – the electro-folk band said: “Friends, we have extraordinary news! We are coming to Glastonbury! We’ll be playing the legendary Glastonbury British Festival this summer.”

Adding in the message, seen below, the band also confirmed they will be playing the John Peel Stage on the 25th of June – which falls on the Saturday of the Festival. 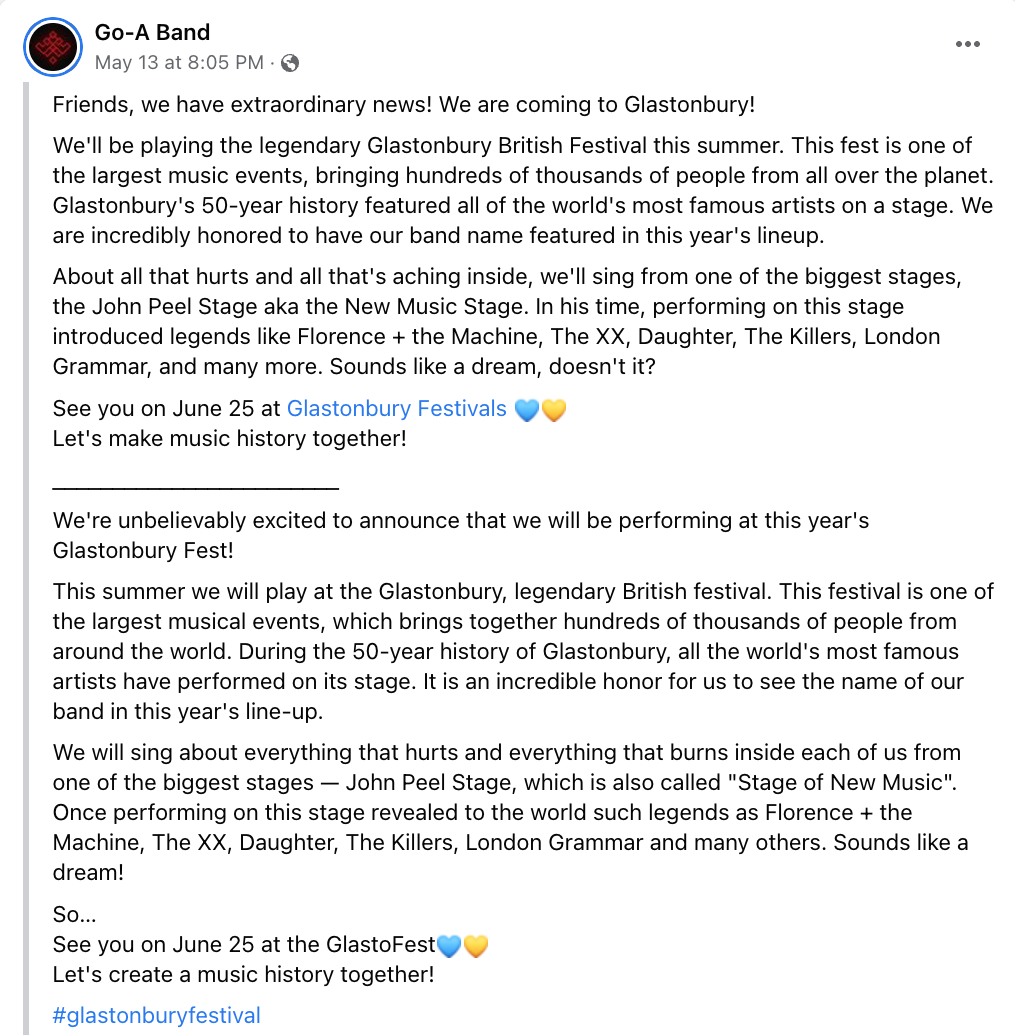 Go-A was formed in 2012 and were set to represent Ukraine in the Eurovision Song Contest 2020 in Rotterdam, Netherlands, with the song “Solovey”.

Following the cancellation of the 2020 contest due to the COVID-19 pandemic, the band represented the country in 2021, this time with “Shum”, with which they placed fifth in the final.

As it stands, Glastonbury has officially announced eleven individual area line-up posters – with at least another six areas still to come.

The ones announced so far include Croissant Neuf, Acoustic Stage, The Glade, Late-night areas The Common and Shangri-La, Left Field, Arcadia, Theatre & Circus Fields, Glasto Latino, former Dance Village Silver Hayes and Field of Avalon – which was the first area to announce its dedicated line-up poster for 2022 on Tuesday, the 12th of April.