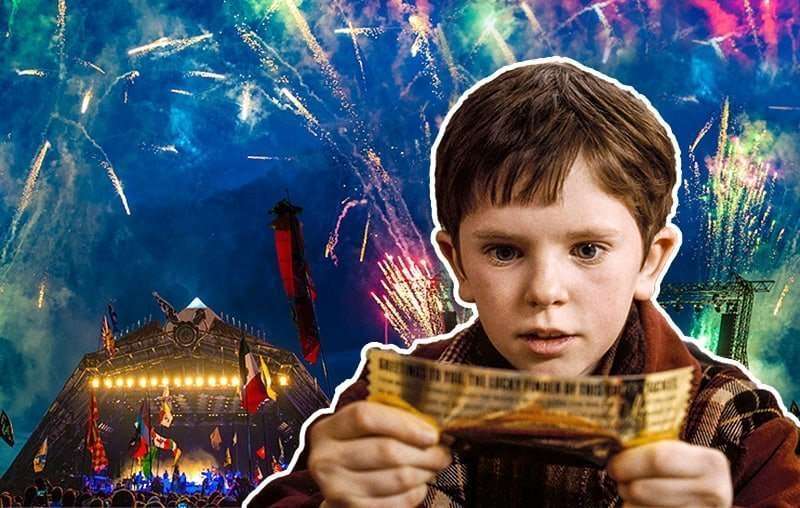 This is your chance to win 2 Glastonbury tickets + Pyramid experience, while also doing good

Glastonbury Festival has donated a pair of tickets to the 2021 Festival to this prize draw fundraising campaign, along with a once-in-a-lifetime chance to watch a set from the side of the iconic Pyramid Stage.

The legendary festival is raising money for stage crew charity Stagehand’s #ILoveLive campaign, which is providing financial help for all UK stage crew who are in the greatest need. Stage crew seem to be the forgotten ones in the current pandemic. They’re the unsung heroes of the live entertainment world. Without them shows just couldn’t happen.

We are so excited to announce that @glastonbury is involved with the #ILoveLive prize draw, raising vital funds for all the unsung heroes who work behind the scenes in the live music industry. pic.twitter.com/ZTt0Ut4G2e

With no shows since March, crew’s income has been slashed with many finding that they are ineligible for any kind of government financial aid. Many are in desperate need and most are sitting with mental health issues.

To be in with a chance of winning these tickets and a-money-can’t-buy side of stage experience, Stagehand’s are holding a prize draw with each entry costing £5. You can enter multiple times.

Entries can be purchased between Friday 27th November and Thursday 17th December. The winner will be announced on Tuesday 23 December.

Win 2 tickets to Glastonbury’s sold-out 2021 Festival, plus a-money-can’t-buy experience to watch a set from the side of the legendary Pyramid Stage.

Tickets to Glastonbury Festival include:

How do I enter the Prize Draw?

By buying at least one entry at £5 you will be entered into the prize draw. If you buy multiple entries you stand a higher chance of winning.

To enter you must select one of the entry reward options on this page. You can also enter the prize draw without donating by post.

Please note, you may also make a donation without entering the prize draw using the donation box toward the top of this page.

Where is the money going?

Stagehand’s immediate plan is to help the crew in most need, those who are close to losing the roof over their head, or those that are struggling to put food on the table. Grants will be considered to any UK crew worker who is working in the live music sector. They do not have to be PSA members.

Last month, Glastonbury Festival‘s General Counsel for over 26 years, Ben Challis, discusses the cancellation of Glastonbury 2020 and plans for 2021 – confirming that the Festival is “still looking at June 2021”.

Meanwhile, Glastonbury founder Michael Eavis recently spoke about the challenges that the Festival faces with COVID-19 and some possible measures which could be put in place for Glastonbury 2021, saying: “The testing is going so well now, there could be massive testing arrangements…”

In looking ahead to next year’s event – set to take place at its natural home in Worthy Farm, Pilton, Somerset, from Wednesday 23th to Sunday 27th June – here’s everything we know about the 2021 instalment thus far.