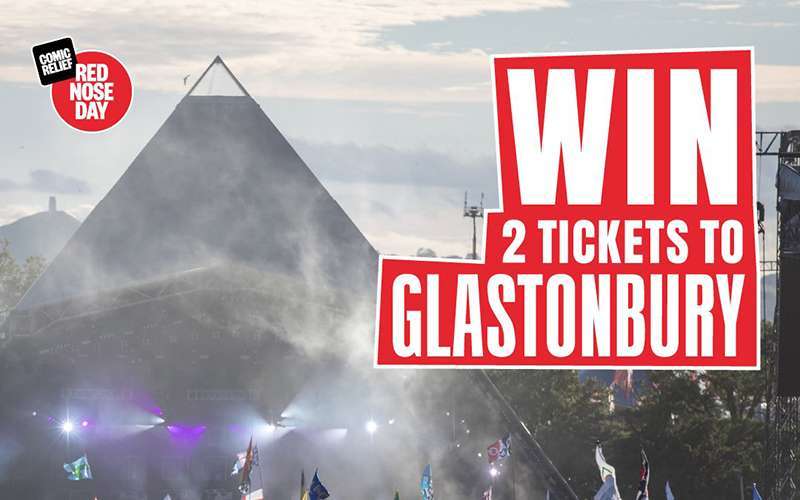 Red Nose Day is a great excuse to have a laugh while raising money for Comic Relief and a great chance to give back and do good while also having the opportunity to win prizes in the competitions when you donate.

Among some of the prizes that could be won this year, are 2 tickets to Glastonbury 2022, with the option for up to £200 of your associated travel costs covered and a pre-erected 2-person tent.

After the BBC News at Ten, AJ Odudu and Joel Dommett will continue the laughs with the Prizeathon at 10:35PM (which will also be available to watch online on iPlayer) serving up live music, comedy sketches and a chance for viewers to support Comic Relief by entering some unmissable Text to Win Prize Draws.

Comic Relief is an operating British charity, founded in 1985 by the comedy scriptwriter Richard Curtis and comedian Lenny Henry in response to the famine in Ethiopia – with the concept being to get British comedians to make the public laugh, while raising money to help people around the world and in the United Kingdom.

A statement shared by BBC said: “Incredible prizes on offer during the night include a pair of tickets to this year’s highly anticipated Glastonbury Festival, a brand new hybrid car, and so much more.

“Plus, there’s fantastic live music in the studio from George Ezra who will be performing his brand new single ‘Anyone For You’, alongside some more amazing musical performances that are not to be missed!”

AJ Odudu said: “Hosting one of the biggest charity events on television really is such an honour and I can’t wait to play my part in helping to raise funds for Comic Relief. With Joel Dommett by my side I’ve no doubt there’ll be plenty of laughs and I can’t wait to dish out prizes galore!”

Joel Dommett added: “OMGICBI (oh my god I can’t believe it!) I’m helping host Comic Relief! It’s a huge honour to be asked and I can’t wait to raise plenty of cash while hopefully providing few laughs along the way!”

Please Note: The prize draw is open to all residents of the UK, aged 18 or over, except staff members of Comic Relief (the organisation behind Red Nose Day), of BBC Group, of any of the prize providers, and their close relatives, or anyone connected with the prize draw. Proof of age, identity and eligibility may be requested.

To view the full list of all the competitions currently running for the chance of winning tickets to Glastonbury 2022, click here.

Diana Ross will likewise be performing on the Pyramid Stage for the Sunday Teatime Legends Slot, while Lamar will be headlining the same stage later in the day.