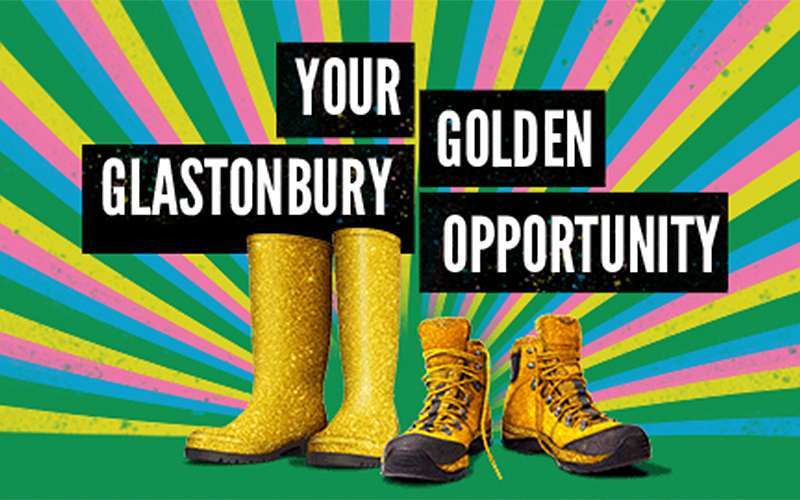 Great Western Railway is offering you the chance to win 2 tickets to this year’s Glastonbury Festival.

All you have to do to enter the competition is fill in a few basic details about yourself and you could win an unmissable weekend that includes 2 tickets to Glastonbury 2022, in addition to 2 Return Anytime Standard Class tickets on GWR trains.

What’s at stake + when and how to enter

Please Note: Only one entry per person is permitted and no third-party or bulk entries are allowed.

The Prize draw is open to residents of the UK aged 16 and over, except employees and their immediate families of Great Western Railway (GWR) or anyone professionally connected with this draw.

Two winners will be selected and must be able to provide the full name of the person accompanying them to the Festival at the time of being informed of the winning entry (within 24 hours), as failure to do so promptly will result in forfeiture of the prize.

Staying on the train-topic, back in 2019 a new GWR train named was named after Glastonbury‘s legendary founder Michael Eavis, while Castle Cary station – the transport nerve centre responsible for taking thousands of Glasto-goers to and from the festival site – received a new dedication as ‘Castle Cary, Station of the Glastonbury Festival’. 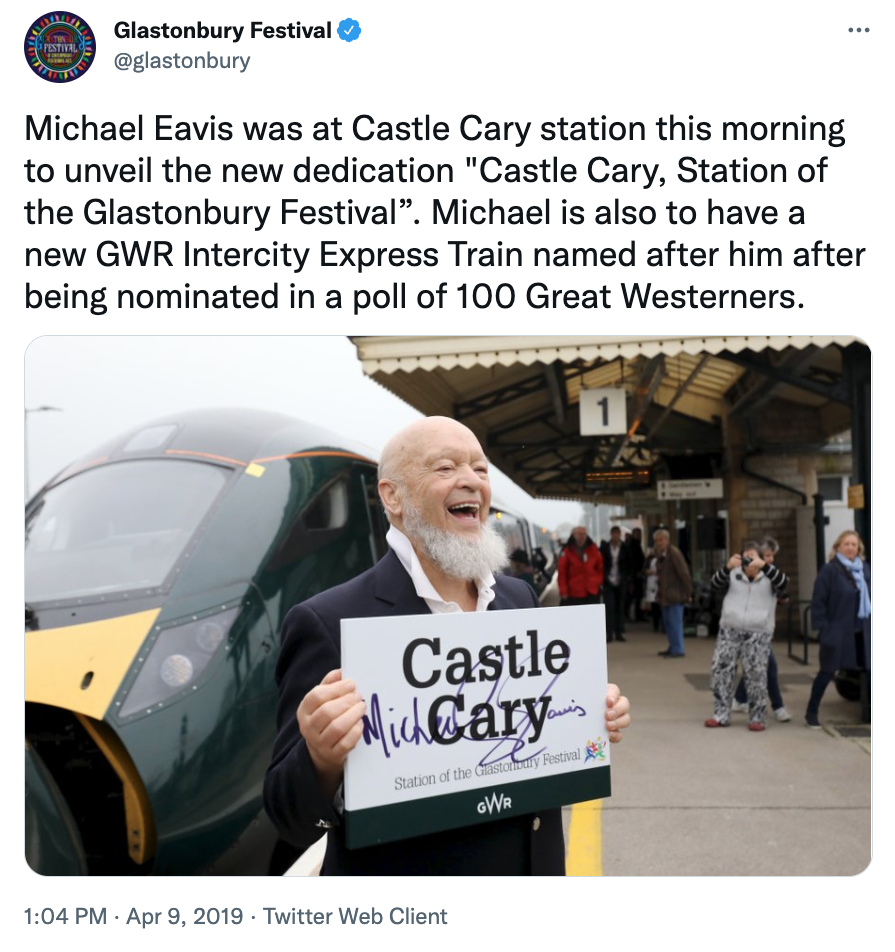 The top 50 of GWR’s new Intercity Express trains will bear the names of the 100 Great Westerners – with the Queen naming the first train back in June of 2017.

Meanwhile, as it stands, Field of Avalon and Silver Hayes are the only areas to have revealed their line-up posters ahead of this year’s event.

Glastonbury 50: The Official Story of Glastonbury Festival
£9.43
View on Amazon