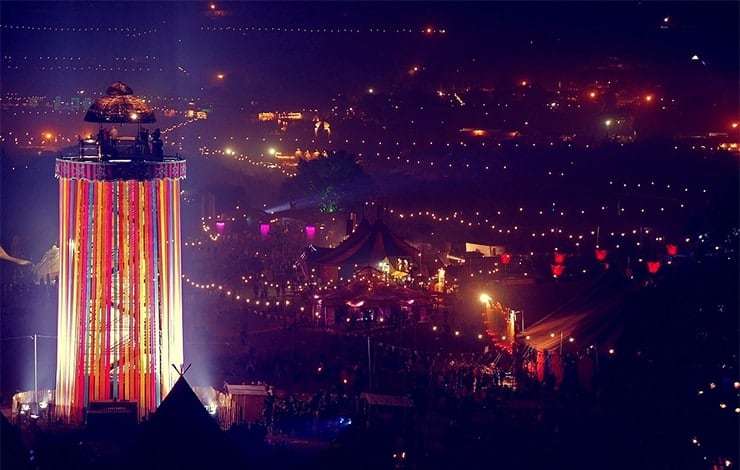 Glastonbury 2020: Everything you need to know about coach + ticket packages

This competition is now closed – Waterstones have announced that the winner of the Glastonbury Festival competition has been drawn:

@Waterstones please can confirm if the winner of the @GlastoFest competition has been draw and contacted? #clutchingatstraws

To celebrate the publication of Glastonbury 50 by Michael and Emily Eavis, Waterstones is offering you the chance to win two general admission full weekend tickets to Glastonbury 2020.

All you have to do to enter the competition is order your copy of the new Glastonbury 50 book from the Waterstones website – before midnight on Wednesday, 30 October – to be in with the chance of winning.

The competition states that travel to and from the festival is “not included”.

The highly illustrated book, compiled by none other than the legendary father and daughter is set out to celebrate Glastonbury’s 50th birthday (due next year).

Entitled ‘Glastonbury 50’ – and set published on 31 October via Orion Publishing / Trapeze Books – the book will draw on archive material and including exclusive photos and artwork, the book will include stories and interviews, and look at memorable events from the festival’s colourful history – featuring a host of big names including some past headliners which have signed up to contribute pieces to the official book.

SEE ALSO:  Noel Gallagher says cancelling Glastonbury 2020 due to COVID-19 "was for the best"

For anyone wanting a signed copy of the anticipated book – Rough Trade Bristol has recently announced that they will play host to an in-store signing of the new book which will feature both Michael Eavis and Emily Eavis – set to take place in early November.

Looking ahead to Glastonbury’s 50th anniversary next year, the festival has confirmed that the first tickets for next year’s festival will go up for grabs at the beginning of October – with coach + ticket packages on sale at 6pm BST on Thursday, 3rd October, before general admission tickets at 9am BST on Sunday, 6th October.

The first line-up taster will probably not be unveiled by the festival’s officials until the end of March/beginning of April – meanwhile, feel free to check out all the latest rumours here.

For anyone asking if you’ll be entered into the draw if you’ve already pre-ordered the book when it was first announced in June… Waterstones’ answer is “You will.”

Is there any mention of the legendary Arabella Churchill in the book? She founded the festival before Eavis (just so everyone knows). I’ll buy the book if there’s a chapter on her and the Theatre & Circus Field. Cheers!

Has the winner of the 2 general admin tickets been announced?

Hi Kat, yes, they have, so we’re afraid that if you haven’t heard from them then you’re not the lucky winner.