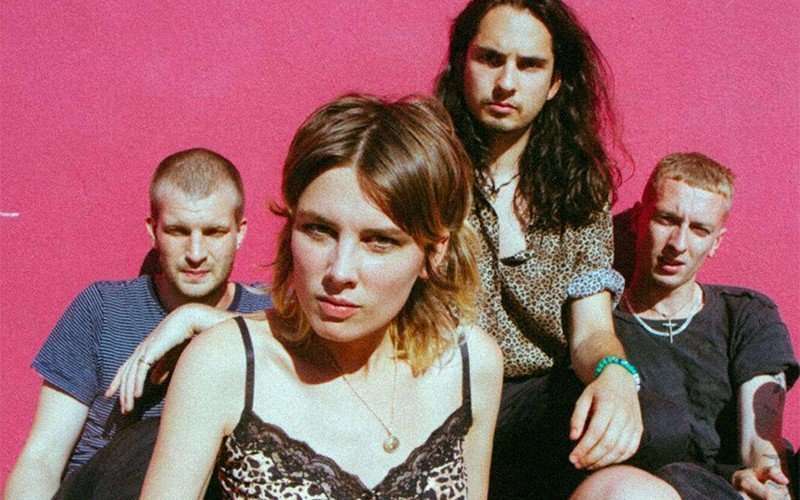 Whispers through the cider…

UPDATE SECTION:
Since the posting of this article, Somerset Cider Brandy has got in touch with us to clarify their original post, saying: “So sorry we were looking at the 2021 line-up for the cancelled year. No idea if they are playing but we hope they are!”

📢UPDATE: Somerset Cider Brandy has replied to our post on Insta saying: “So sorry we were looking at the 2021 line-up for the cancelled year. No idea if they are playing but we hope they are!” https://t.co/9oHa8GsfEH pic.twitter.com/5HSEqEq4EV

The company that have been selling their Burrow Hill Cider at the Festival “since the very beginning”, shared a post to their official Instagram account this morning (9 February), depicting the band drinking their ten-year-old Cider Brandy a few years back when they were writing their album.

The photo of the band member’s alongside Mary Temperley is captioned saying: “We are really excited to see Wolf Alice headlining the main stage at Glastonbury Festival this year. Here they are with Mary Temperley drinking our ten-year-old Cider Brandy in Somerset a few years ago when they were writing their album.” 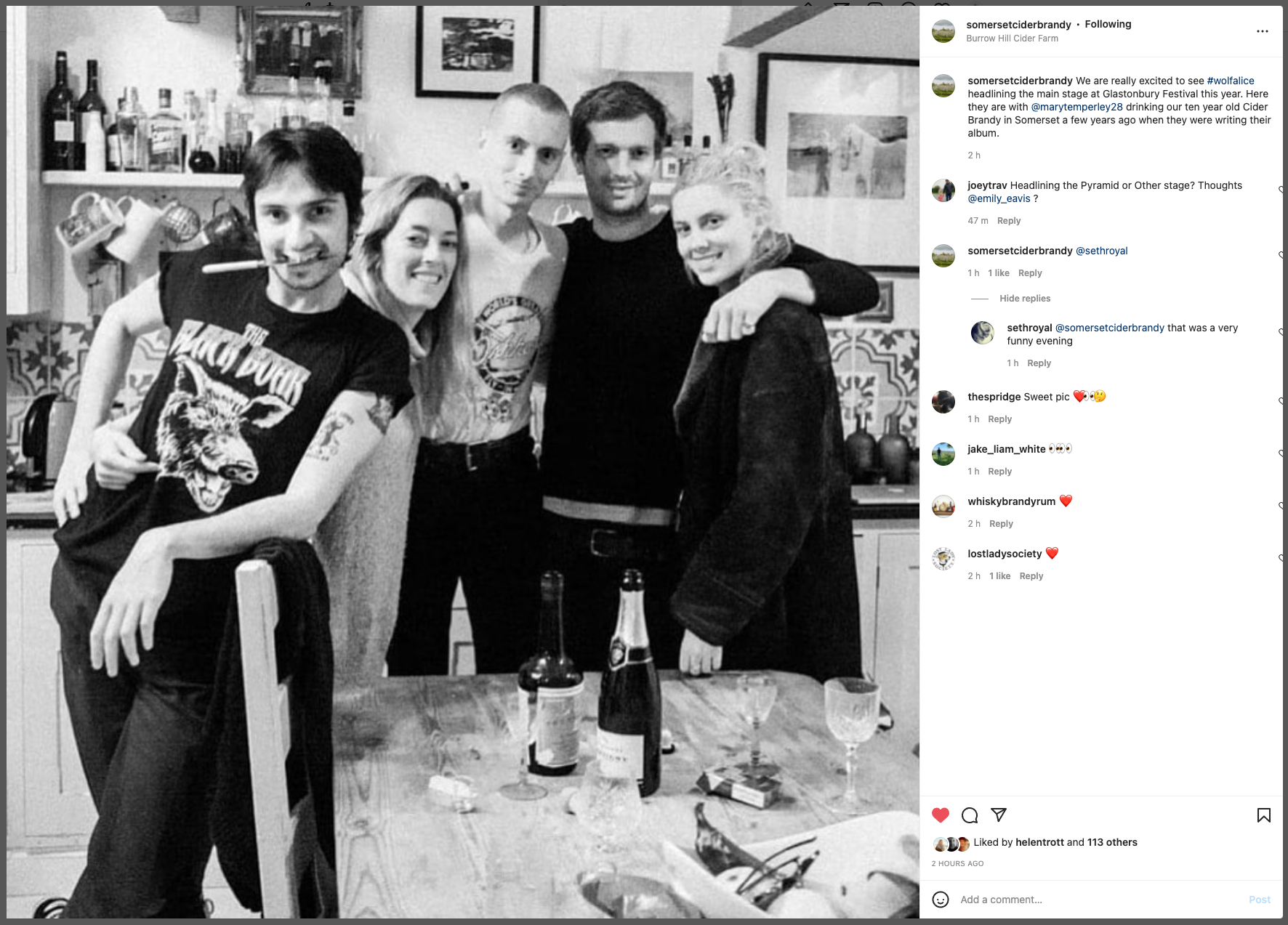 Looking at Wolf Alice’s tour schedule, they are set to be in Hamburg, Germany, supporting Harry Styles on the 26th of June – which is the Sunday of the Festival.

The four-piece north-London band have been heavily rumoured for playing Glastonbury for quite some time now after they were the first band to be announced for playing the 2020 Festival – before it was forced to cancel for two consecutive years due to coronavirus.

The confirmation at the time came from festival founder Michael Eavis himself, as Wolf Alice were preparing to headline Glastonbury’s ‘Pilton Party’ event towards the end of the summer back in 2019 – Eavis said at the time: “[Wolf Alice] were really keen to come and play the party for us again. We love hosting bands who want to play it and they’re just so fantastic live… They’ll definitely be on next year’s [2020] Glastonbury lineup for sure.”

The Pilton Party is an annual ‘thank you’ fundraising event for the villagers, workers and locals – which as per previous years, is known to see its headliner usually go on to play at the following year’s Glastonbury Festival.

Speaking to Bristol Live, Eavis added: “Wolf Alice are a really fantastic band […]. They were so good at the Pilton Party in 2015 and then again on the Pyramid Stage in 2016. It’s no wonder they won the Mercury last year […]. They were really keen to come and play the party for us again. We love hosting bands who want to play it and they’re just so fantastic live.”

Meanwhile, Glastonbury organiser Emily Eavis has recently said that some news about Glastonbury 2022 can be expected by the end of the month (February), while also confirming that the first line-up poster will be released in March, with individual area line-ups to follow – before the full line-up plus times will finally drop in June.

As of the time of writing, Diana Ross, Billie Eilish, R.A.E, Little Simz and most recently The Strays are the only artists to have been officially confirmed for playing Glastonbury Festival when it returns in 2022.