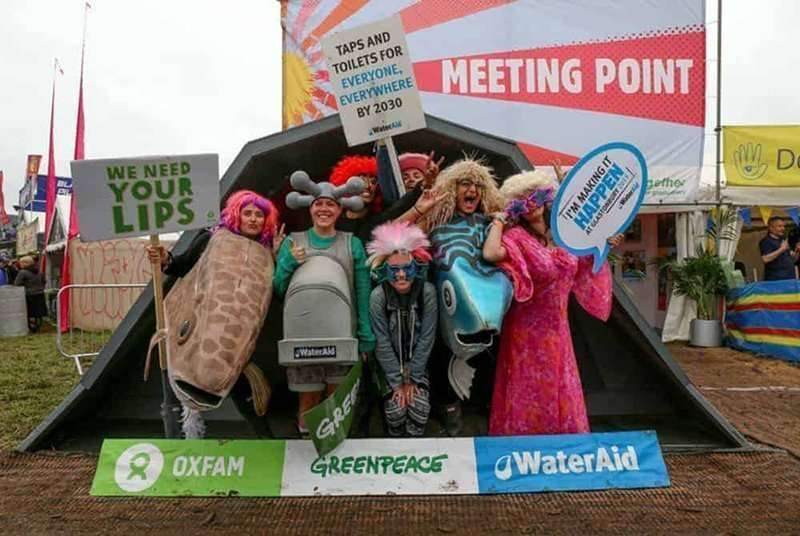 Following Glastonbury’s second consecutive cancellation in a row due to the coronavirus pandemic – Glastonbury Festival’s worthy causes charities have expressed their feelings, appreciation and desire in a heartwarming love letter posted on the Festival’s official website.

“It’s not until it’s gone do we realise how much we’ll miss it… but it hasn’t really gone has it? It’s just been put on hold.

“For the second year in a row we face not seeing you at Glastonbury. We know how much it means to you, to our volunteers, our crews, our supporters, the musicians and all those who help to make it the most anticipated and spectacular event of the year. We know too how difficult it has been for Michael and Emily to have to cancel again something they have poured so much love into.

“The virus we prayed would go away has long outstayed its welcome and like an uninvited guest has once again spoilt the party. The work that we the joint charities do will go on and we’d love you all to keep in touch with us(Oxfam, Greenpeace & WaterAid) until we can be together again which we know will happen.

“As we step back into the virtual world let’s all help it heal so that we can once again be together in that very special place called Glastonbury. 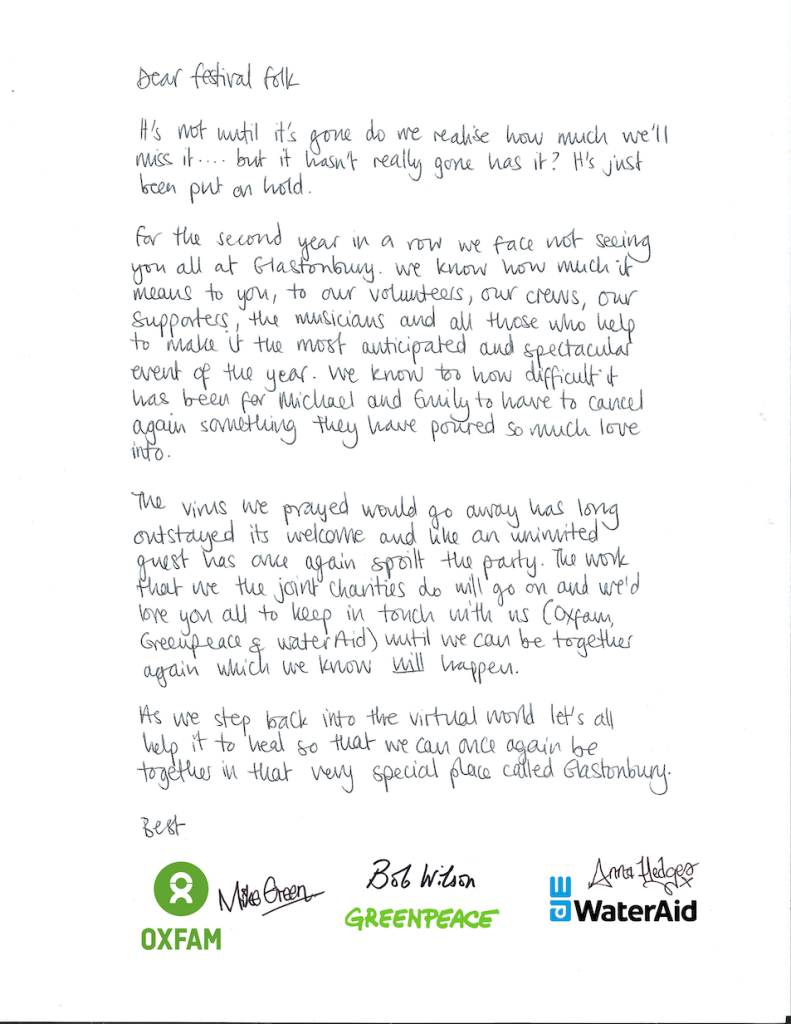