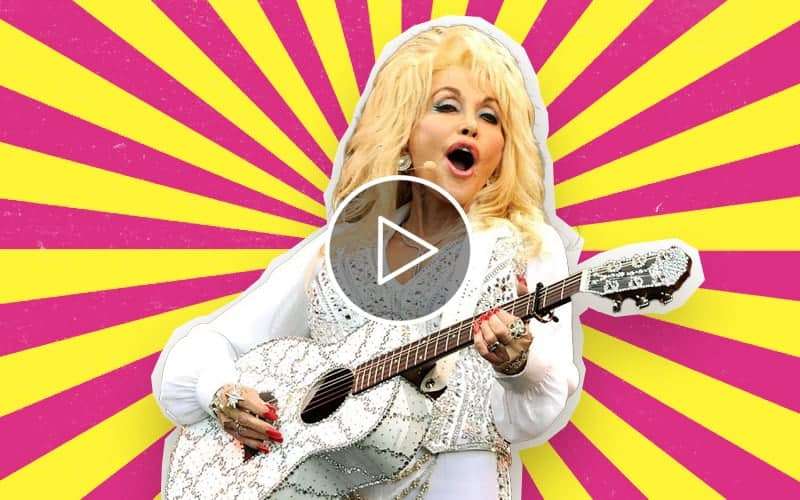 Dolly Parton played the now-traditional Sunday afternoon ‘Legends Slot’ at Glastonbury 2014, in what turned out to be one of the biggest crowds the Pyramid Stage had ever seen – said to draw more than 180,000 Glasto goers – a record for the event at the time.

Parton performed at Worthy Farm on Sunday (June 29) and played a crowd-pleasing set filled with hits like  ‘Jolene’, ‘Coat of Many Colours’, ‘9 to 5’, ‘Islands in the Stream’ and ‘I Will Always Love You’, as well as a specially-written rap about the muddy conditions.

The queen of country mentioned the fact that she grew up on a farm just like “Mr Eavis” while admitting that she’s  “just a country girl” that “now feels like a rock star” – admiring the sheer size and magnitude of the Glastonbury Festival.