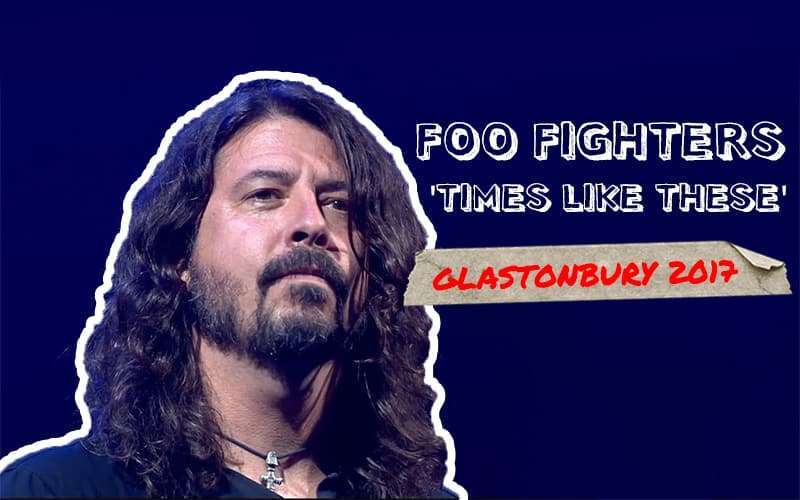 Foo Fighters finally took to the Pyramid Stage to headline Glastonbury 2017, after the band were forced to pull out in 2015 due to Dave Grohl’s broken leg.

The US alt-rockers kicked off their set on Saturday night at 21:45pm, playing a mammoth set to one of the biggest crowds of the Festival so far.

Grohl dedicated opening song ‘Times Like These’ to Florence + The Machine, who stepped in as replacement headliners in 2015. He also paid tribute to his leg surgeon, saying: “His name’s James. I went to him and I said: ‘I know I have a broken leg, but could you make me look older?’” before pointing to himself and saying, “Voila!”

Brilliant performance by a brilliant band!

And the tears come down again.. so so so blessed to having been there losing my voice and hugging my friends!