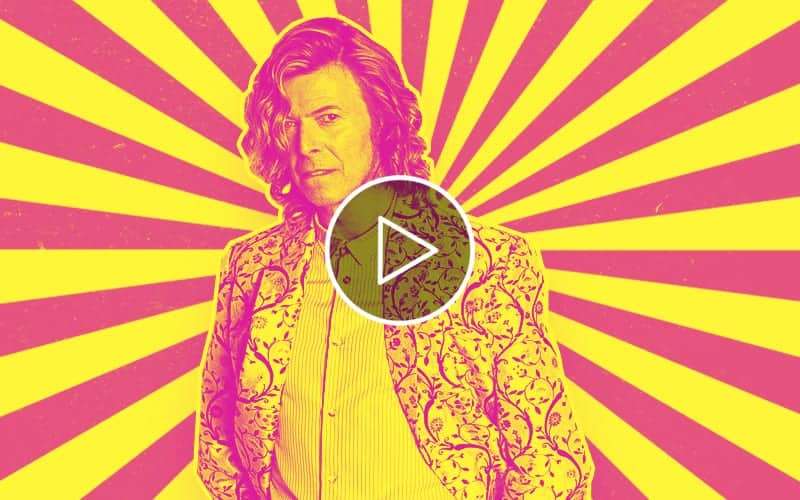 David Bowie headlined Glastonbury 2000, after playing at the second-ever Worthy Farm-held event back in 1971 when he arrived by foot and performed for its approximately 6,000-strong crowd at the time.

Back then, Bowie had only one hit under his belt with his 1969 single “Space Oddity,” which had launched him to Number 5 on the U.K. charts and earned him an Ivor Novello songwriting award.

By the time Bowie returned to Glastonbury almost three decades later the Space Oddity was now a headliner with a career’s worth of hits.

According to many British music publications, Bowie’s headlining set at the 2000 instalment of the Festival is the greatest performance in the history to ever take place at the legendary event.

The starman’s iconic headlining set at Glastonbury 2000 was released in full for the first time on November 30, 2018, via Parlophone Records, BBC Studios and Glastonbury Festivals.

The box-set features an audio version of the full 21-song setlist and a film of the entire show. Previously, only 30 minutes of Bowie’s performance had ever been aired on broadcast television. Bowie’s Glasto set notably includes a rendition of ‘Heroes’ and will also include a reproduction of a diary Bowie kept for Time Out, in which he documented his preparations for the headlining gig.

Absolutely brilliant, love David Bowie, what an artist he was