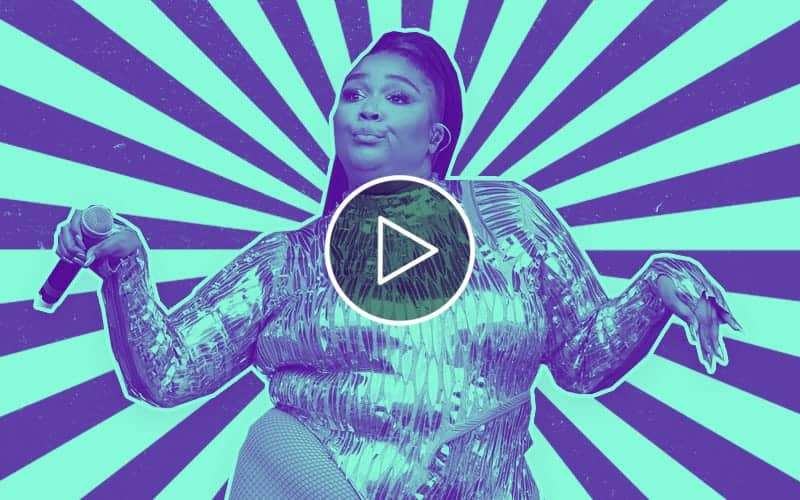 Lizzo – AKA Melissa Viviane Jefferson – made her Glastonbury debut at the 2014 edition of the Festival.

Returning to Worthy Farm in 2019, the American popstar pointed out the contrast between the last time she played Glastonbury back in 2014 when “there were two people in the crowd” – to 2019, telling a mammoth crowd that “this is fucking incredible, there’s a billion of you”!

Pulling in hoards to watch her Glastonbury homecoming five years later and her long-anticipated return, Lizzo took to the West Holts Stage in a sparkly lavender leotard.

The then 31-year-old singer, rapper, songwriter, and yes… flautist closed her hour-long uplifting set with a finale lunch into funk earworm ‘Juice’ – complete with a flute solo, of course.