Glastonbury 2019 ticket balance payment is due April: You snooze, you lose!

Elton John will NOT be headlining Glastonbury 2019

Following earlier reports and speculation, we now know the 70-year-old Hall of Fame musician will not be headlining Glastonbury 2019.

Hawk-eyed Glasto-goers may have noticed that festival curator, Emily Eavis, has confirmed that “it’s not Elton”, in a response to a comment made on a photo posted to her private Instagram account.

On Sunday (December 23), Eavis posted a beautiful photo of Wells Cathedral filled with 7000 candles, to which one commenter asked: “Candles…candles in the wind? ELTON JOHN GLASTONBURY 2019?”.

Eavis replied: “ha! Thought there couldn’t possibly be any clues there but alas…. (it’s not Elton)”

Wells Cathedral filled with 7000 candles.. beautiful and so peaceful ✨ 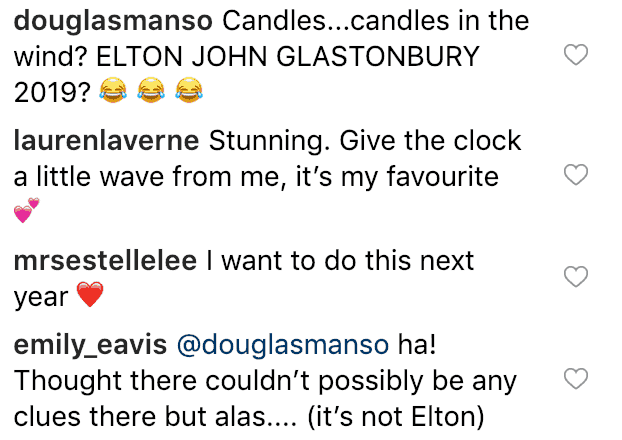 Earlier this year, Elton John announced that he will be retiring from the road after a lengthy, three-year ‘Farewell Yellow Brick Road’ tour in order to spend more time with his family.

Back in 2015, Elton John revealed that he has never been asked to play Glastonbury festival. Asked on BBC Radio 4’s Today programme if he would play at Glastonbury, he said: “I’ve never been asked… so I can’t answer that question until they ask me.”

Tickets are sold out, although there will be a resale of tickets in early April.